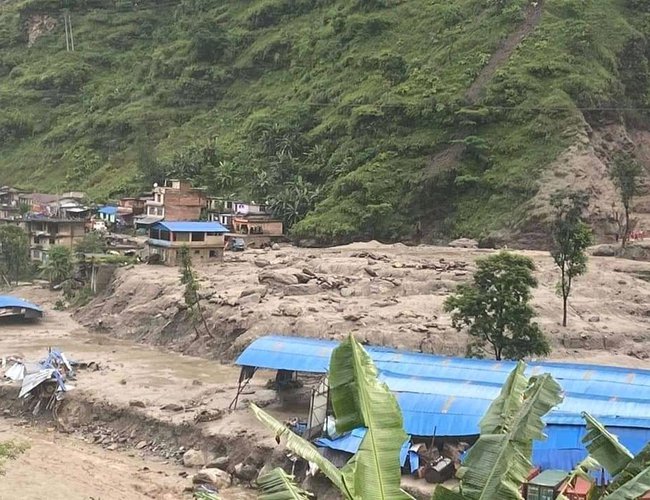 The 102-megawatt hydropower project is under construction in the district. Project Chief Sunil Kumar Lama said that a Chinese technician has also gone missing in the flood. The flood has also damaged the go-down built to store equipment needed for the project.

The dam of the project also suffered damage. Mayor of Bahrabise municipality, Nimphunjo Sherpa said that the flood has caused heavy damage to the project and activities are underway to retrieve the submerged goods and equipment of the project.