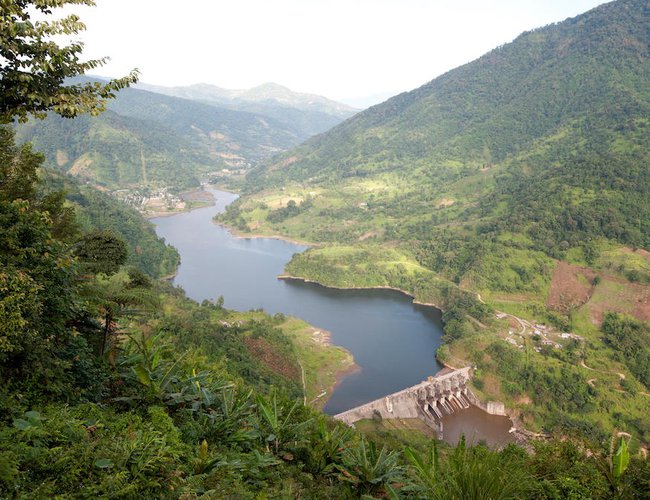 On April 23, 2020, the Forest Advisory Committee (FAC) of India’s environment ministry met to deliberate the 3,097-megawatt Etalin hydropower project in the north-east state of Arunachal Pradesh.Link

The minutes of the meeting show that the FAC did not to decide whether to approve the project but sought views from the Ministry of Power (MoP) with respect to three issues: the six-year delay to the project and change in the country’s energy plans during this time; the high tariff structure; and prioritizing proposed hydro projects based on their adverse impacts on ecology.

The Etalin hydropower project in Dibang Valley is one of over 160 dam projects planned in Arunachal Pradesh. It has attracted particular controversy over its impacts on wildlife and indigenous communities in the dense forests of north-east India.

Concerns about time and cost overruns are not unique to the Etalin dam. These issues are common in hydropower projects, particularly in the Himalayan states of Uttarakhand, Himachal Pradesh, Arunachal Pradesh, Assam, Sikkim, Jammu and Kashmir, and West Bengal.

According to the Central Electricity Authority’s (CEA) latest quarterly review (covering January-March 2020), many large hydropower projects under construction in these states have cost overruns as high as 200% and delays of up to 13 years.

In reality the delays will be much greater, since they only start being recorded once the construction phase starts, ie when the project has received all relevant clearances – which can take years. The Etalin hydropower project, which is yet to receive clearances, was first proposed in 2008.

Questions about the economic viability of projects like Etalin are clearly on the radar of the governmental authorities that recommend them. India’s parliament has discussed time and cost overruns of large hydropower projects a number of times.

No wonder then that Bharat Rohra, chief executive of JPL, noted in May that given the amount of finance the Etalin dam requires, it “doesn’t look like an attractive investment” and sought other investors. Rohra added that since Etalin is a large project, “we feel we’ll struggle to find long-term buyers for the entire capacity but policy support from the government can make the project viable and draw investors.”

Yet the Indian government is still promoting large hydropower projects.

To encourage investment, last year the government reclassified large hydropower (more than 25 MW capacity) as a renewable energy source, increased the debt repayment period to 18 years and agreed to pay for enabling infrastructure such as roads and bridges for some projects.

Experts saw this policy change as partly driven by the need to meet the country’s United Nations commitment to install 175 gigawatts of renewable energy by 2022.

JPL has previously tried to wash its hands of the Etalin project. In February 2016, it was reported that JPL asked the government-owned hydropower company NHPC to take over three of its projects. “If the project’s cost is viable then certainly NHPC is ready to take over,” NHPC stated at the time.

Since NHPC has not yet taken over the project, does this mean its cost is not viable? The Third Pole sent queries to JPL and NHPC requesting an interview but no response had been received at the time of publication.

Etalin is likely to become a stranded asset, like many other Himalayan hydropower projects. Analysis submitted to the MoP on June 5, 2020, states that Etalin’s tariff for the first year is likely to be INR 6.7/kWh in an optimistic scenario and INR 8.9/kWh in a slightly less optimistic scenario. The latter is more than double the tariff for a solar photovoltaic system including battery storage, estimated at around INR 3.94/kWh in 2020.

The analysis by Ashwini Chitnis, an independent policy analyst, and research organization Manthan Adhyayan Kendra, aimed to address queries raised by the FAC.

“The costing for Etalin was prepared in 2011 and the tariff [as per the detailed project report, a document routinely prepared by project proponents and submitted to the CEA and other bodies] is the tariff at completion,” explained Shripad Dharmadhikary, founder of Manthan Adhyayan Kendra. In essence, cost estimates were based on the assumption that construction would begin in 2014 and be completed by September 2022.

Chitnis and Dharmadhikary considered two scenarios with completion dates of 2027 and 2031 based on timelines given in the detailed project report. Dharmadhikary pointed out that completion by 2027 is wishful thinking given pre-construction activities like road building have not been completed, and even completion by 2031 would be difficult.

Addressing why costs escalate, Dharmadhikary said that project proponents lobby for high tariffs and subsidies, and that there are usually no buyers for the expensive power.

Dharmadhikary also noted that private players approach the state government to buy them out because they know the tariff will be too high to attract buyers.

The Third Pole filed a Right To Information request with the environment ministry for a list of hydropower projects in Arunachal Pradesh that have been scrapped over the past five years after memorandum of understandings were signed, or where private projects were later taken over by public sector undertakings including the reasons behind these decisions. The request was forwarded to the CEA and NHPC. Both said that the information was not available and did not confirm whether such projects have been scrapped or taken over.

In the case of the 1,200-MW Teesta III hydroelectric project, “the equity share of the Sikkim government was increased from 26% to 51% because cost escalation was about INR 90 billion [USD 1.9 billion] and no one was ready to fund it unless more equity was brought in”, Chitnis said.

Most hydropower projects run on a 70-30 debt-equity share, meaning that 70% of the cost is financed by debt and the remaining 30% is brought in by the project developers. But with the Teesta III dam, this ratio was changed to cover risks such as cost escalations so that “a small state like Sikkim was made to borrow money”, Chitnis noted. “It’s ridiculous… if you have to take a loan to put in more equity to make a project viable, it means that the project is not viable.”

For Etalin, the Arunachal government has a 26% equity share through Hydro Power Development Corporation of Arunachal Pradesh Ltd. “The government will very likely have to borrow money to fund this,” Chitnis said.

When the Teesta III project was finally commissioned in 2017 after a five year-delay, other problems arose. “Buyer states like Punjab and Rajasthan refused to purchase power because the tariff was too high,” Chitnis explained.

The same situation applies to Etalin, she added.

Many hydropower projects under construction in India are in Himalayan states. Experts say the geology and geography of the region make such projects inherently risky. This is a major reason why 80% of the projects with time and cost overruns in the CEA’s quarterly report are in these states.

“The Himalayas are one of the youngest mountain systems in the world, and are still rising because the Indian plate is still pushing against the Eurasian plate,” said Jagdish Krishnaswamy, a senior fellow at the Suri Sehgal Centre for Biodiversity and Conservation, part of the Ashoka Trust for Research in Ecology and the Environment. Krishnaswamy is also a coordinating lead author of the Intergovernmental Panel on Climate Change’s special report on climate change and land.

The risks of constructing and operating large hydro projects in the Himalayan region are “very well known” because landslides and geological instability due to tectonic activity are well documented, Krishnaswamy explained.

In the CEA quarterly report, common reasons for time and cost overruns are “poor geology”, “heavy monsoon”, “fund constraints due to increase in project cost”, “difficult areas”, “weather conditions and accessibility” and “flash floods”. “This is not surprising,” Krishnaswamy said, adding that these risks are severely underplayed during technical assessments for environmental clearances to ensure that the cost-benefit ratio looks feasible.

Krishnaswamy also said that risks from heavy, erratic rainfall driven by climate change are not adequately accounted for in environmental risk assessments.

Another important issue is that hydropower dams in the western Himalayas, like those in Uttarakhand and some parts of Himachal Pradesh, fall within the Ganga river basin. “If the government is committed to the health of the Ganga, then it should also bear in mind that these Himalayan projects affect this river system,” Krishnaswamy said.

Other rivers in the western Himalayas, such as the Beas and Sutlej in Himachal Pradesh and Chenab in Jammu and Kashmir, are part of the Indus basin. Together, the Ganga and Indus basins support about 600 million people.

A good example of this is the 2,000-MW Lower Subansiri hydroelectric project under construction on the border between Assam and Arunachal Pradesh.

Work on the project was stopped from December 2011 to September 2019 due to “serious concerns about dam safety and downstream impacts”, said Neeraj Vagholikar of environmental NGO Kalpavriksh.

But, Vagholikar added, “the public narrative that is being peddled right now by the dam developers is that it is only due to protests by affected communities that the project got delayed.”

In the CEA report, the reason cited in bold for time and cost overruns at the Lower Subansiri project is “agitation launched by anti-dam activists in Assam against the construction of the project”.

“The project is a white elephant,” Vagholikar said. He said that well before work was stopped due to locals’ concerns, a major landslide occurred at the powerhouse site, leading to delays and a change of design.

Protest by local groups and communities on the downstream impacts of the dam led to an independent review by an expert committee in Assam, which recommended that the dam was not appropriate in this location. Over the next few years, additional reviews were done by committees set up by the central government.

While the central government overruled the Assam expert committee's safety concerns in 2019, “massive changes” were made to the dam design to make it “relatively safer”, Vagholikar said.

“Time and money lost due to detection of an unsafe dam design and technical reviews undertaken to change the design cannot be blamed on local protests,” he added.

This article originally appeared in thethirdpole.net. spotlightnepal.com reproduced it. For detail Link

UPPER TAMAKOSHI Get Set To Go By A Correspondent 4 hours, 34 minutes ago

LOOMING LOADSHEDDING NEA SAYS NO By A Correspondent 3 months, 1 week ago