Nepal Disaster: 177 Die And 46 Go Missing Due To Flood And Landslides

Nepal Disaster: 177 Die And 46 Go Missing Due To Flood And Landslides 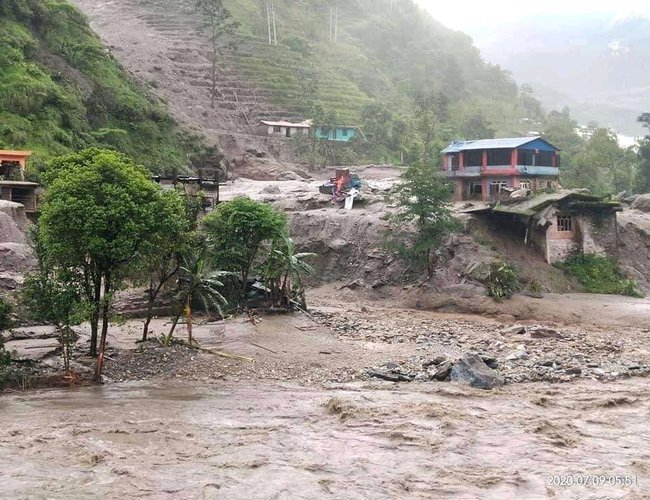 With the onset of monsoon, Nepal annually sees huge casualties caused by the landslides and rain. This year the casualties in the early one month is reportedly higher than the previous years.

There were five death on July 14 alone due to landslide in Syanja, Bajura and Tanhu reports The Rising Nepal.

Citing authority the daily reports that the landslides took 98 lives, two by floods and 17 by lightning. Within these days, 46 people were still missing in the landslides and flood-related incidents that took place in various parts of the country. Also, 130 people were injured due mainly to these three types of natural disasters, according to the report.