There are now over 14.2 million confirmed COVID-19 cases globally, with over 600,000 fatalities and nearly eight million recoveries, according to the latest tally from Johns Hopkins University.

The World Health Organization reported a record increase in global coronavirus cases for the second day in a row, with the total rising by 259,848 in 24 hours. The biggest increases reported were from the United States, Brazil, India and South Africa, according to a daily report.

Leaders of the European Union have agreed to extend their summit until Sunday after they failed to agree on a massive stimulus fund to revive their coronavirus-hammered economies.

Brazilian President Jair Bolsonaro has denounced the lockdown measures used to curb the spread of the novel coronavirus in his country, saying these measures will "kill" and have "suffocated" the nation's economy. Brazil's economy is expected to contract 6.4 percent this year due to the pandemic.

China on Sunday said another 13 confirmed cases of coronavirus have been reported in the northwestern city of Urumqi, raising the total in the country’s most recent local outbreak to at least 30, AP news agency reported.

An additional three cases were brought into the country from overseas, increasing China's total number of confirmed cases to 83,660 with 4,634 reported deaths.

Despite the Urumqi outbreak, China has just 251 people remaining in treatment for COVID-19, according to the National Health Commission. 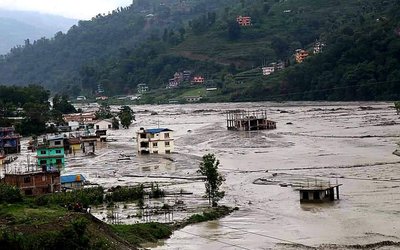