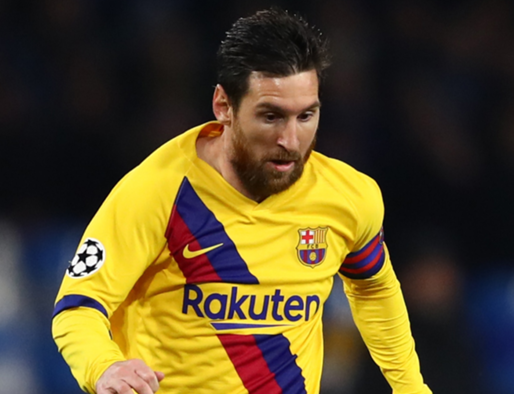 Lionel Messi won his seventh La Liga golden boot - and his fourth in a row - after scoring twice in Barcelona's win over Alaves on the final day.

The game was not of importance as Real clinched the La Liga title on Thursday.

Messi rounded the keeper to make it 2-0 and swept in a fifth - with teenager Ansu Fati, Luis Suarez and Nelson Semedo scoring the other goals.

Riqui Puig, Messi and Arturo Vidal all hit the woodwork before Fati opened the scoring.

This is the first time La Liga's top scorer has managed fewer than 30 goals since Mallorca's Daniel Guiza 12 years ago.

Barca, who only named five out of a possible 12 substitutes, host Napoli in the Champions League last-16 second leg on 8 August, having drawn 1-1 in Italy.

After a double against Deportivo Alaves, the Argentina international finished the league season with 25 goals

Lionel Messi secured a record seventh Pichichi award after the Barcelona star finished the 2019-20 season as the leading scorer in La Liga. 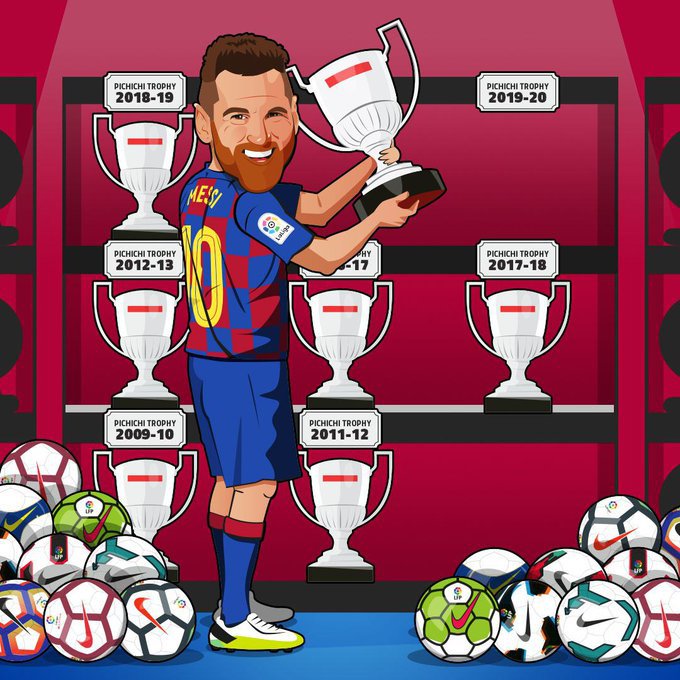 The Argentinian equalled Athletic Bilbao great Telmo Zarra's record of six awards last season, but he is now out on his own after another superb campaign in front of goal.

His double in the final-day 5-0 rout of Deportivo Alaves took him to 25 goals in 33 appearances, while his cross to Ansu Fati for the opening goal saw him set a new record for most assists in a single La Liga campaign, breaking the previous best set by former team-mate Xavi.

It was not enough to guide Barca to a third consecutive title, however, with Real Madrid pulling away in the final weeks to seal top spot.

“I always say that the awards and individual goals are secondary,” Messi said when asked about winning the award.

“It is true that it could have been taken as an important achievement for being the seventh Pichichi, but I would have liked it to come accompanied by the league title.”

Madrid striker Karim Benzema was four goals behind in the race for the award with 21, while Villarreal's Gerard Moreno was third with 18 goals, two ahead of Messi's Barca team-mate Luis Suarez.