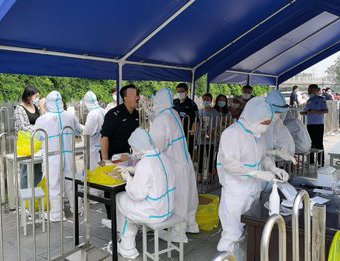 There are now over 16.5 million confirmed COVID-19 cases globally, with over 658,000 fatalities and more than 9.6 million recoveries, according to the latest tally from Johns Hopkins University.

The U.S. has recorded over 4.3 million infections and over 149,000 deaths. The White House on Monday confirmed U.S. President Donald Trump's national security advisor Robert O'Brien has tested positive for the novel coronavirus, claiming there was no risk of exposure to Trump or Vice President Mike Pence.

Some European countries including Germany, France, Belgium and the UK are now tightening COVID-19 measures.

The World Health Organization said on Tuesday that the COVID-19 pandemic is "one big wave" and not seasonal like influenza. 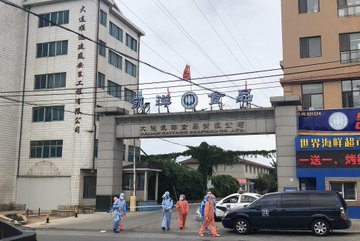 Belarusian President Alexander Lukashenko said on Tuesday he had had the coronavirus without any symptoms and has already recovered from it, the BELTA news agency quoted him as saying.

British Prime Minister Boris Johnson warned Tuesday of a "second wave" of coronavirus in Europe as he defended a controversial decision to quarantine all travelers arriving from Spain, despite criticism from Madrid.

Johnson also said UK would take action to impose quarantines on other countries should COVID-19 infections rise and such measures become necessary.

The Federal Bureau of Prisons (BOP) in the United States reported a total of 101 people have died, and 10,350 people were tested positive for COVID-19 so far, according to the official website on Tuesday.

Weather Forecast And Analysis For June 12 Across Nepal By NEW SPOTLIGHT ONLINE 2 days, 4 hours ago