Bakrid In Nepal 2020: Date And Significance

Bakrid In Nepal 2020: Date And Significance 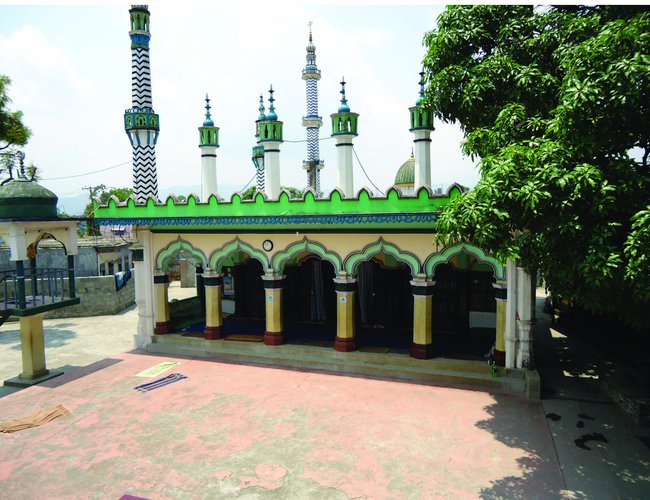 Bakrid, the 'Feast of Sacrifice' is the most important feast in the Muslim calendar. This year, Eid al-Adha will be celebrated on August 1, 2020, in Nepal as per Jama Masjid of Kathmandu.

Bakrid 2020: The 'Festival of the sacrifice,' Eid al-Adha is called Id-ul-Adha in Arabic and Bakr-Id in the Indian subcontinent, because of the tradition of sacrificing a goat or 'Bakri' in Urdu. It is the second of the two Eids celebrated by Muslims with traditional fervour and gaiety in India and across the world.

The other one is Eid al-Fitr or the Ramadaan Eid. The festival marks the end of the ninth month of Ramadan or Ramzan when Muslims worldwide observe fasting from dawn to dusk.

Bakrid is celebrated during 'Dhu al-Hijjah' - the twelfth and final month in the Islamic calendar. Eid al-Adha concludes the Pilgrimage to Mecca. As the exact day of the festival is based on lunar sightings, thus, there are chances that the date may vary between countries. This year, the festival will be celebrated in the month of July.

According to the date announced by Saudi Arabia, the celebration will begin on Friday, July 31, 2020, all over the world. But in Nepal, it will be celebrated on the next day.

As per the Imam of Kathmandu’s Jama Masjid, the festival of Eid al-Adha will be celebrated on August 1, 2020, in Nepal as per the sighting of the moon.

It is believed that Ibrahim (Abraham) kept dreaming that he was slaughtering his son Ismael as per the will of Allah (God). Therefore, one day, he told his son about his dream and his son requested his father to follow God's orders. But before Ibrahim could sacrifice his son, God replaced his son by a sheep at the last moment.

Since then the ritual of sacrificing a sheep or a goat has been practiced by Muslims. Due to this, the festival is also known as Bakrid.

Traditionally, during the festival, the sacrificed meat is divided into three equal parts-- one portion of the cooked meat is kept for family members, the second goes to the relatives and rest is distributed among the poor and needy.

However, this year, due to the ongoing pandemic, the celebrations won't be as grand as every time. Muslims will be celebrating Bakrid at their houses to maintain social distancing.

Hanuman Jayanti 2021: Importance And Significance By Agencies 2 weeks, 1 day ago

Mahavir Jayanti 2021: Celebrating The Birth Of The 24th Tirthankar By Agencies 2 weeks, 2 days ago

Ram Navami 2021: Its Importance And Significance By Agencies 3 weeks ago