Eight Buried By A Landslide In Sindhupalchwok

Eight Buried By A Landslide In Sindhupalchwok 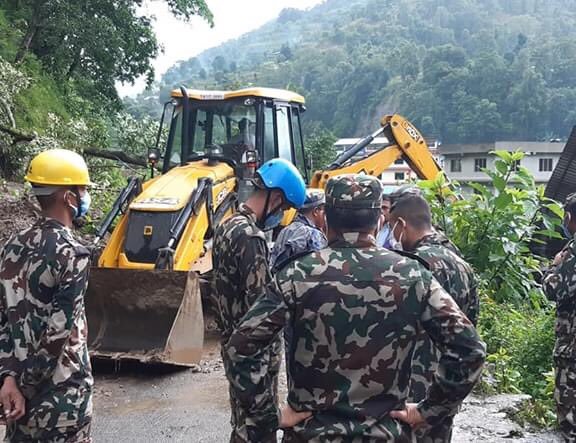 A landslide that occurred in Melamchi on Monday morning has buried eight people. Rescuers saved one person from the landslides. The incident occurred at an under-construction site of sports coved hall in Melamchi.

The persons who were buried by the landslides came from outside the district, came to construct the coved hall. They have been leaving in a tent near the under-construction site. DSP of Melamchi confirmed that those buried in the area including two Indian citizens and seven from Birgunj. The rescued person was an Indian citizen and he is admitted to the local health post.

"Teams of Nepal Police, Nepal Army and Armed Police Force and Red Cross have been carrying out the rescue operation at the site," said the mayor at Melamchi Damber Bhadur Aryal. He said that there is a very thin possibility to rescue all of them alive. 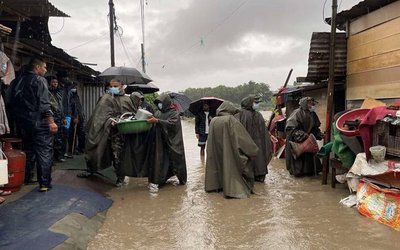 FLOOD Rising Rain Fury By A Correspondent 3 days, 23 hours ago 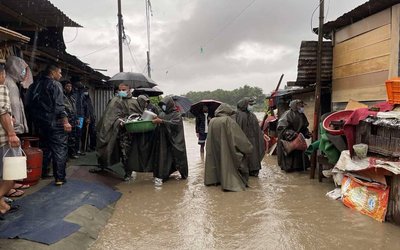 Nepal Army Rescues Team Save Life And Property Of People In Kathmandu By NEW SPOTLIGHT ONLINE 2 weeks, 5 days ago 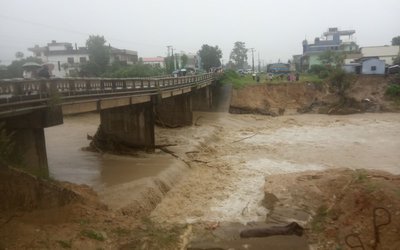 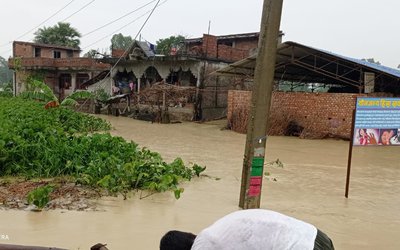 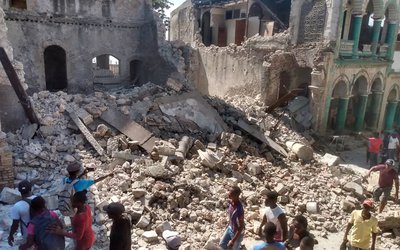 Over 700 Died From 7.2-Magnitude Earthquake In Haiti By Agencies 1 month, 1 week ago 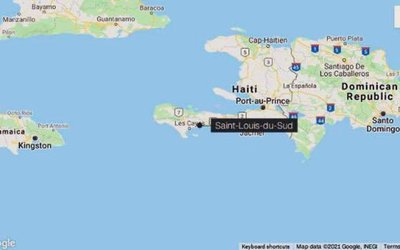