Gautam Buddha Was Born In Lumbini,Nepal

Gautam Buddha Was Born In Lumbini,Nepal

Official Spokesperson of Ministry of Foreign Affairs said that Gautam Buddha was born in Lumbini, Nepal response to media queries on Gautam Buddha.

When asked by the media about Government of Nepal’s comment on the recent statement made by the External Affairs Minister of India on Gautam Buddha, the Official Spokesperson of the Ministry of Foreign Affairs said, "it is a well-established and undeniable fact proven by historical and archaeological evidences that Gautam Buddha was born in Lumbini, Nepal. Lumbini, the Birthplace of Buddha and the fountain of Buddhism, is one of the UNESCO world heritage sites.

During his visit to Nepal in 2014, the Prime Minister of India H.E. Shri Narendra Modi himself, while addressing Nepal's Legislature Parliament, had said that "Nepal is the country where apostle of peace in the world, Buddha, was born."

“It is true that Buddhism spread from Nepal to other parts of the world in the subsequent period. The matter remains beyond doubt and controversy and thus cannot be a subject of debate. The entire international community is aware of this," says spokesperson.

Nepal Commemorates International Day For The Elimination Of Violence Against Women By NEW SPOTLIGHT ONLINE 2 days, 4 hours ago 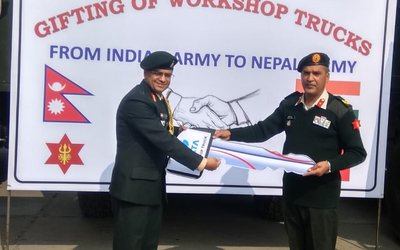 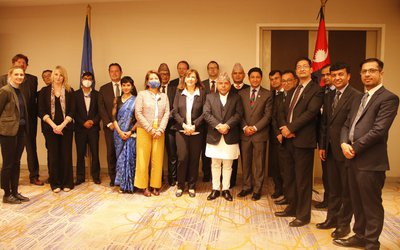