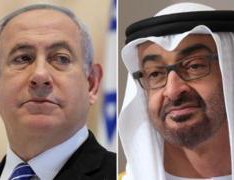 Israel and the United Arab Emirates have reached a historic agreement to normalize relations.

The countries announced the accord on Thursday in a joint statement with the United States, which helped broker the deal.

The statement calls the agreement a "historic diplomatic breakthrough."

It also says delegations from the two sides will meet in the coming weeks to sign deals on investment, security, the establishment of reciprocal embassies and other matters.

US President Donald Trump said, "This deal is a significant step towards building a more peaceful, secure and prosperous Middle East. Now that the ice has been broken, I expect more Arab and Muslim countries will follow the United Arab Emirates' lead."

The Crown Prince of Abu Dhabi said that an agreement for Israel to stop its annexation of Palestinian territories, which was reached during a call with Trump and Netanyahu, had been crucial to hammering out the deal.

Political analysts say they expect Trump to tout the deal as a major achievement in the run-up to November's presidential election.

The leaders of Israel, the United Arab Emirates, and others are emphasizing the significance of the agreement between the two Middle Eastern states to normalize ties.

Israeli Prime Minister Benjamin Netanyahu tweeted that it is "a historic day for the state of Israel."

He expressed gratitude to US President Donald Trump and Secretary of State Mike Pompeo for their efforts.

The UAE's official news agency broke the news on Thursday.

It said delegations from the UAE and Israel will meet in the coming weeks to sign deals on such matters as direct flights and the establishment of reciprocal embassies.

Abu Dhabi Crown Prince Sheikh Mohamed bin Zayed Al Nahyan tweeted that an agreement had been reached during a call with President Trump and Prime Minister Netanyahu to stop further Israeli annexation of Palestinian territories. The plight of the Palestinian people is one of the main points of contention between Israel and the Arab nations.

Egypt became the first Arab nation to establish relations with Israel in 1979.

Egyptian President Abdel Fattah al-Sisi tweeted that he follows with interest and appreciation the joint statement on the agreement to halt Israeli settlements in Palestinian territories.

He added that he values the efforts of the countries that reached the agreement for prosperity and stability in the region. 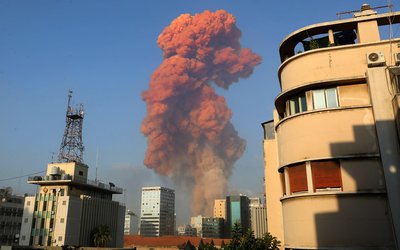