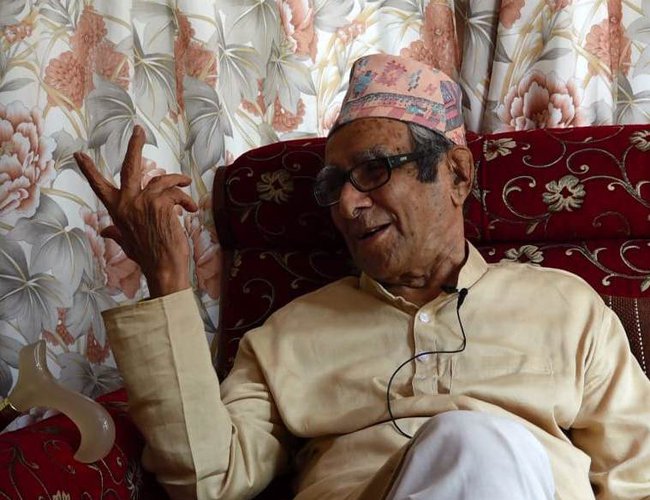 Rastrakavi poet Madhav Prasad Ghimire passed away on Tuesday. He was 101.

His daughter-in-law Dr. Bijita Ghimire announced that Ghimire breathed his last at his home today.

Due to difficulty in breathing, Ghimire had been receiving treatment at home for the last four months.

Born in Lamjung, late Ghimire was in finalizing his last book Ritambhara.