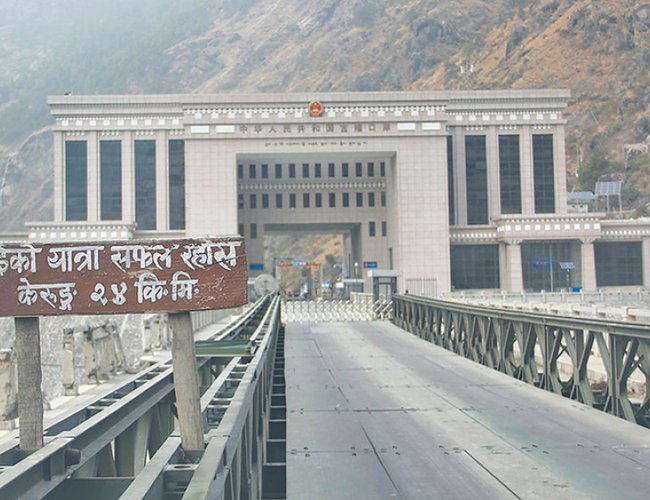 Delaying in opening of Rasuwagdhi border point between Nepal and China has badly affected the construction of hydro-power and transmission lines projects in Nepal.

if the obstruction in importing the equipment continues, it will increase the cost equivalent to billion of rupees of the projects. Most of the equipment stranded in Kerung are imported by Nepal Electricity Authority and its subsidiaries.

With the border of China’s Kerung shutdown, dozens of heavy trucks loaded with equipment for hydro-power projects and transmission line has been stranded in Kerung for almost eight months.

After spread of Coronavirus in China, Nepal shutdown the Rasuwagadhi transit point. However, the situation is reverse now as China has shutdown the border to stop spread of virus from Nepal.

As many hydro-power and transmission line projects, which are final stage of completion, are facing problems due the equipment stranded in Kerung. “Longer it stranded in Kerung, it will create the hindrance in completion of the projects like Dhalkebar Substations, Rashuwagadhi Hydropower, Trishuli III B and number of other transmission lines project,” said a senior official of Nepal Electricity Authority on condition of anonymity.

“We have already requested Ministry of Foreign Affairs, Ministry of Home Affairs through Ministry of Energy, Water Resources and Irrigation to facilitate for the releasing our equipment. However, nothing is moving now.”

After the easing of lockdown and opening of transmit points, there are no problems with Indian equipment now. However, the blockade at the border with China has already created problems for us said the official.