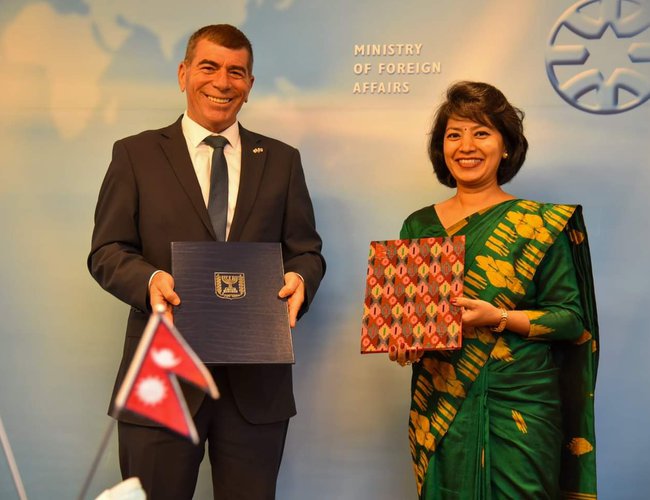 Diplomatic passport holders of Nepal and Israel will not require a VISA to travel to one another country for up to 90 days reports RSS.

An agreement to this end was signed between the two countries on Friday.

On the occasion, Ambassador Shakya proposed increasing the training period of Nepali students coming to Israel on the 'learn and earn' project to develop them as expert consultants.

According to RSS, the best among the students should be selected to continue beyond the currently 11 month-long training period, she said.

Matters relating to resuming recruitment of Nepalis as caregivers and in other areas of employment were also discussed during the meeting, the Embassy has said in a statement.