With the installation of smart meter at Kathmandu, NEA has entered the digital era 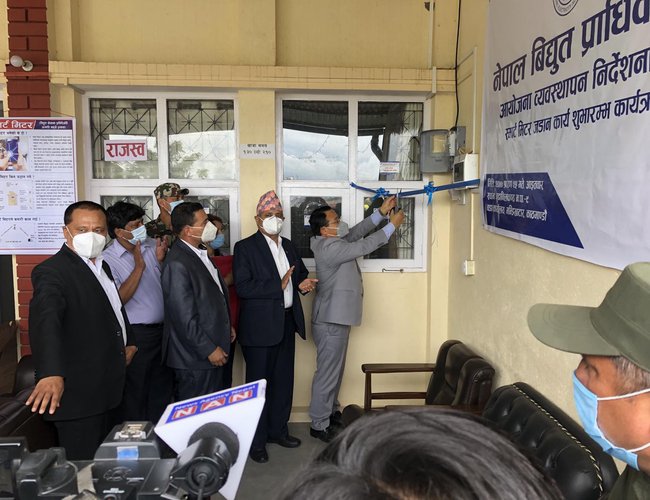 With the installation of smart meter in Mannikhatar, Nepal Electricity Authority (NEA) has started a move to digitalize its system. After completing many reforms within NEA, the process of digitalization will completely change the institution.

Currently, there are over 5 million single phase meter at consumer’s home. In the first phase, the NEA will replace about 100,000 meters of single phase and 3 phases in the houses of Ratna Park and Maharajgunj Distribution Centers. With this initiation, Digital NEA campaign has formally begun as part of NEA policy.

Following the installation of smart meter, there is no need of meter reading. With this, data will be available in both central and branch offices. The lines, of those consumers who do not pay tariffs, can be cut from the center. This will also end the leakage caused by the meter readers. Along with this, the smart meter will drastically reduce electricity theft.

Addressing the program, minister Pun said that the installation of smart meter can improve the efficiency and modernize the service provided by the state meeting the government’s target to make prosperous Nepal and Happy Nepali. “This is a milestone towards that.

“Along with installation of smart meter, we have been working to beautify cities and make system dependable by turning the distribution system underground,” said minister Pun, who is also chairman of Nepal Electricity Authority.

“With the proposal of NEA, we are able to reduce the tariff of electricity through Electricity Regulatory Commission. This is the first time in the history,” said minister Pun. He also said that NEA has been making profit since last two years placing it as a number one public utility to generate the profit. He said that the country will be self reliant in electricity very soon.

Energy, Water Resources and Irrigation Secretary Dinesh Kumar Ghimire said that the implementation of the two-year old program to make smart grid and smart meter in five years have made a good progress. He said that the work to install smart meter and undergrounding distribution system will go side by side.

MD of NEA Kul Man Ghising said replacement of old meter by smart meter can reduce the number of meter readers. He said that 2500-3000 meter readers will be reduced.

He said that tariff of electricity can be fixed on the basis of each hour including peak, off peak and normal time through smart meter. He said that it will also help set different tariff during the rainy season to promote the consumption of electricity and set different tariff in winter. “As there will be post-paid and pre-paid function in the smart meter, the tariff can be paid as per the wishes of consumer through online bill,” said MD Ghising.

Under its first phase program, NEA has already changed 8222 Time Off Day Meters to smart. Under the second phase, over 125000 meters will be replaced by smart meter. 18000 have already been installed and other 60,000 are under the process.

Under the Rs. 1 billion concessional loan of Asian Development Bank, the work is currently undergoing. To replace 400000 old meters by smart meter in Kathmandu Valley, the tender process has already proceeded.

Ghising said that every effort has been made to fulfill the government’s goal of providing electricity to every Nepali and to supply them adequate, regular, reliable and quality electricity.

NEPAL ELECTRICTY Reliability And Quality By A Correspondent 7 hours, 36 minutes ago 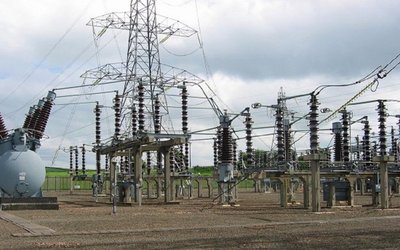