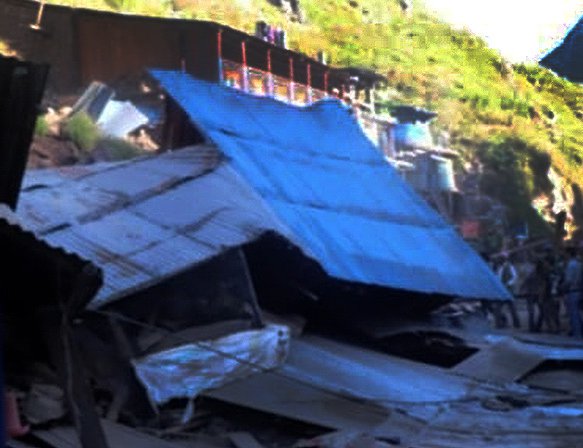 According to eyewitness, houses of Lali Nepali, Mandir Katuwal, Dhanpati Bk and Bir Bherikar were hit by the landslides reports the daily.

Dead body of a 5-year old child, Nirajan Shahi, has been recovered from the incident site. According to local people all the 12 persons may have been buried inside the houses pulled down by the landslides. However, two persons were rescued and sent to Karnali Academy of Health Sciences for treatment.

Chief of the Kalikot District Police Office said that police communication set did not work and a team led by police inspector was sent to the incident site.

As the landslides came down from the hilly slopes above the Karnali Highway, the highway has also been obstructed.