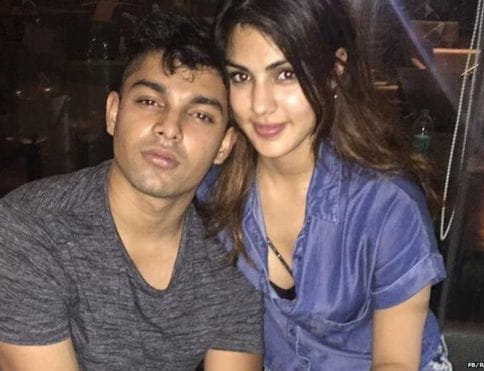 RHEA Chakraborty’s brother Showik and the house caretaker of late actor Sushant Singh Rajput were on Friday night arrested by the Narcotics Control Bureau (NCB) for allegedly procuring non-commercial quantity of marijuana/ ganja from an alleged drug supplier at least 10-12 times between September 2019 and April this year.

As per the Narcotic Drugs and Psychotropic Substances (NDPS) Act, for non-commercial quantity, a person can get immunity from prosecution in lieu of volunteering for rehabilitation treatment. The NCB generally registers cases involving marijuana only when about 20 kg or more is involved. However, the NCB said it was probing if Showik and Samuel Miranda were part of a “network” involved in buying and selling of marijuana to Bollywood.

They have also claimed that the product in question was not simple marijuana but its more potent and curated version, “bud”, which sells at nearly the same rates as cocaine. The NDPS Act, however, does not differentiate between types of marijuana, with all carrying the same punishment.

With Showik and Miranda’s arrests, seven people have been held in a case filed by the NCB, that also names Chakraborty, who was seeing Rajput before he was found dead at his home on June 14.

The NCB claimed that Parihar used to procure drugs from Zaid Vilatra and Kaizan Ebrahim, arrested earlier, “as per instructions of Showik Chakraborty”. “There are other instances where respondent (Parihar) facilitated to arrange for the drugs and he was in contact with Showik Chakraborty,” the NCB said in its remand application.

The other two arrested, Abbas Ramzan Ali Lakhani and Karn Arora, were allegedly found to be in possession of non-commercial quantities of marijuana and are out on bail. Vilatra and Parihar are in NCB custody till September 9.

Stressing on a larger network, the NCB said it was investigating “the drug angle in the Sushant Singh Rajput case” and wanted to investigate the case thoroughly “so as to uproot the drug citadel in Mumbai, especially Bollywood”.

Chakraborty is also facing a CBI probe for abetment to suicide as well as a money laundering probe by the ED in connection with Rajput’s death.