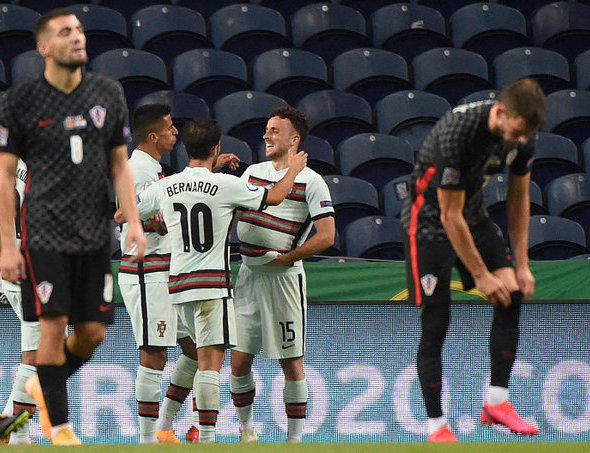 Portugal were without Cristiano Ronaldo on Saturday but they were in blistering form despite his absence.

Cristiano Ronaldo's absence proved no hindrance for Portugal as the Nations League holders began their title defence with a dominant 4-1 win over Croatia in Porto on Saturday.

Ronaldo, remarkably just one goal away from 100 for Portugal, was unavailable due to an infection in his toe believed to be caused by a bee sting, but the Selecao were flying at the Dragao despite the Juventus forward sitting in the stands.Goal

Croatia's defensive third was a hive of activity throughout the first half as Portugal peppered the visitors' goal, hitting the woodwork three times before Joao Cancelo finally found a way through in spectacular fashion in the 41st minute.

Diogo Jota, one of those to hit the post in the first half, got a deserved goal - his first for Portugal - to double the hosts' advantage before the hour and Joao Felix added a third 20 minutes from time.

Bruno Petkovic's late consolation did little to take away from a routine win, which was wrapped up by Andre Silva in the final minute of injury time.

It did not take Portugal long to establish themselves as the dominant force, but their quest to find the breakthrough was initially a frustrating one.

Cancelo, Bruno Fernandes and Joao Felix, who hit the post, had early opportunities, while Dominik Livakovic produced an unlikely double save to thwart Pepe.

Jota twice went close before the half-hour mark – first heading a Fernandes cross onto the upright and then lashing into the side-netting after a promising run.

But Portugal's persistence paid off just before half-time, Cancelo picking out the top-left corner from distance.

Jota made it 2-0 with 59 minutes on the clock, racing on to Guerreiro's lofted throughball and finishing neatly into the bottom-right corner after holding off Tin Jedvaj.

Joao Felix put Portugal out of sight 11 minutes later, his powerful low drive too hot for Livakovic to handle.

Croatia finally offered a modest attacking threat in the latter stages, pulling one back through a smart finish courtesy of substitute Bruno Petkovic.

But a Portugal victory was never in doubt and Silva restored the three-goal cushion with a close-range finish at the death.

What does it mean? No Ronaldo, no problem

There will come a day when Portugal can no longer rely on their talismanic striker Ronaldo. While that may seem a way off even though he is 35, it must be reassuring for Fernando Santos and supporters to know this is a squad blessed with immense talent even without him.

Although an out-and-out striker was not selected in the starting XI, each of the front three – and Fernandes – were lively, linking well and producing some smart football against a strong Croatia. The breakthrough may have taken a little longer than it should have, but the overall performance had been full of positives already.

The Manchester United star was once again a fine performer here. An assist – albeit a simple pass that was followed by a long-range shot – and six key passes highlights the influence Fernandes has. He was key in pushing Portugal up the pitch and was a real leader in Ronaldo's absence.

Jedvaj given the runaround

It was a difficult day at right-back for Jedvaj. One of Portugal's most fruitful avenues in attack was down their left, with Jota causing the full-back no end of issues.

Portugal go to Sweden on Tuesday, while Croatia will hope to bounce back away to France the same day. 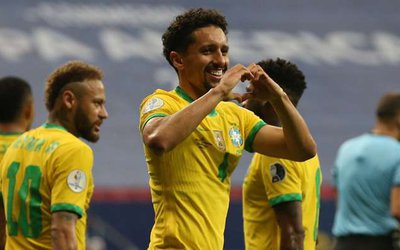 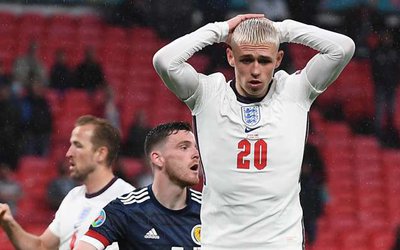 England vs Scotland: Kane Kept Quiet As England Struggle To Play To Star Man's Strengths At Euro 2020 By Agencies 1 day, 5 hours ago 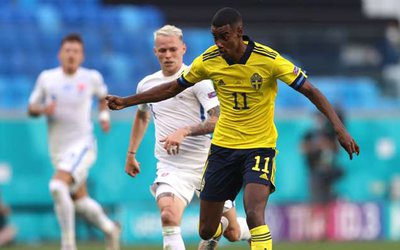 Isak Is The Star Of The Show As Sweden Beat Slovakia By Agencies 1 day, 5 hours ago