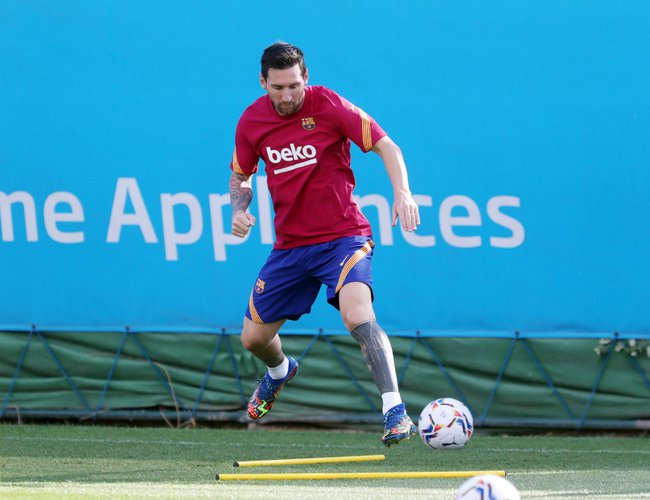 Lionel Messi took part in Barcelona training on Monday, his first session since his attempt to leave the club failed.

The Argentina star confirmed in an exclusive interview with Goal last Friday that he will be staying at Camp Nou after being unable to engineer a move away.

Messi believed he could use a clause in his contract to leave for free, but Barca and La Liga disputed that claim and insisted his deal could only be terminated should his €700 million release clause be paid.Goal

The 33-year-old accused Barca president Josep Maria Bartomeu of going back on his promise to allow him to leave if he wished, but he stressed he would be fully committed to the club for 2020-21.

Speaking to Goal, he said: “I thought and was sure that I was free to leave, the president always said that at the end of the season I could decide if I stayed or not,” he said.

“Now they cling to the fact that I did not say it before June 10, when it turns out that on June 10 we were competing for La Liga in the middle of this awful coronavirus and this disease altered all the season.

According to Marca, the six-time Ballon d'Or winner was the first player seen in Sant Joan Despi, having arrived an hour and a half before training was due to start.

Barca later tweeted a picture of Messi taking part in a training session under new coach Ronald Koeman for the first time.

The Catalan giants are due to begin their new La Liga campaign against Villarreal later this month.

Diego Maradona Laid To Rest As Argentina Grieves By Agencies 23 hours, 5 minutes ago

'Diego is Argentina, He's Going To Live Forever' - Maradona Leaves A Nation In Mourning By Agencies 23 hours, 15 minutes ago