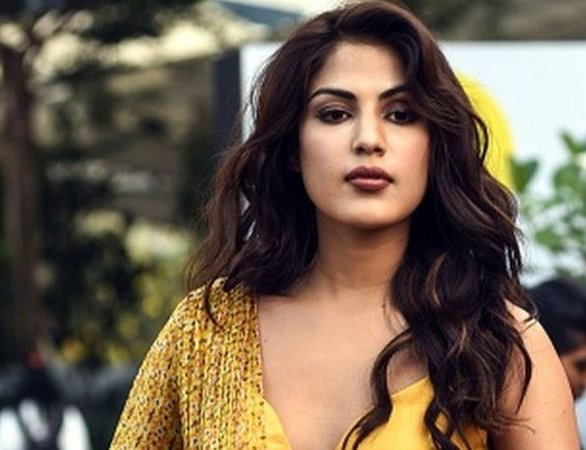 Bollywood actress Rhea Chakraborty has been arrested by India's narcotics control authority in a drugs case related to the death of her actor-boyfriend Sushant Singh Rajput.

Rajput, 34, was found dead in his flat in Mumbai on 14 June. Police said he had killed himself.

His family, however, registered a police complaint against Chakraborty, accusing her of abetment to suicide.

She is yet to comment but denied any wrongdoing in earlier statements.

Authorities are yet to reveal the charges against her.

Chakraborty's brother, Showik, and Rajput's former house manager, Samuel Miranda, were also arrested last week in the same drugs case. But the charges against them have not been revealed either.

Chakraborty's is the most high-profile arrest in connection with a case that has captivated and polarised India in recent months. Prime time television news covered every development, turning Rajput and Chakraborty's personal lives into subjects of public debate.

Bollywood speaks up for 'vilified' actor

The couple began dating in the summer of 2019, according to reports, and moved in together in December. On 8 June, a week before Rajput's death, Chakraborty went to stay with her parents and wasn't home when the actor died.

After his death, reports in the press suggested that he had been dealing with mental health issues.

But within days, the focus shifted to Chakraborty and the 28-year-old upcoming actress soon found herself at the centre of a storm of allegations, conspiracy theories, rumours and unconfirmed reports.

The media attention intensified after Rajput's father registered a complaint against her. He denied that his son had any mental health issues and accused Chakraborty of stealing his son's money, among other allegations.

For months, Chakraborty has been trolled on social media. She's been called names like "fortune huntress" and "mafia moll", and has been accused of getting Rajput addicted to drugs and driving him to suicide.

The actress has approached the Supreme Court over what she says is an "unfair media trial" and has issued her own statement and given TV interviews, denying all the charges against her.

She has also issued a plea to Home Minister Amit Shah for a fair investigation into Rajput's death.