FIFA 21 Ratings: Messi Remains Atop The Ranking Ahead Of Portugal Superstar Ronaldo

The Argentine remains atop the rankings ahead of the Portugal superstar, despite a barren campaign at Barcelona across the 2019-20 season 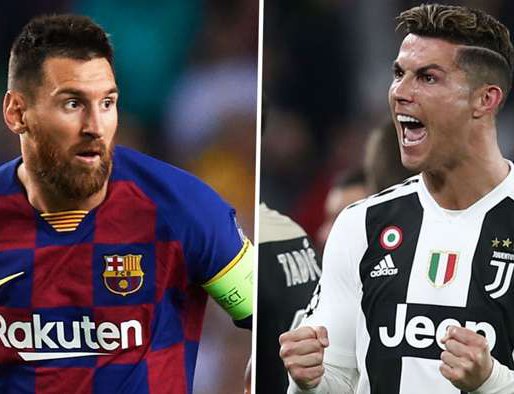 Lionel Messi has beaten Cristano Ronaldo to the title of the best player in the world once again - at least on the video game front, after EA Sports published their list of the top 100 players available in FIFA 21.

The Argentine has retained his spot atop the pile ahead of the Portugal superstar, despite enduring a barren season for club and country for the first time in years after Barcelona failed to secure any honours across the 2019-20 campaign.

Both players however have seen a drop in their overall rating, with the pair slipping a single point from 94 and 93 respectively to 93 and 92, though they have retained their positions in first and second overall.

Messi's former Blaugrana teammate Neymar however has slipped out of third place and down to fifth with a rating of 91, with Bayern Munich's Robert Lewandowski supplanting him to take the bronze medal position, leaping up from 15th in the wake of a superb season in both the Bundesliga and the Champions League.

That drop is nothing compared to former fourth-place holder Eden Hazard however, whose less-than-auspicious first season at Real Madrid has seen him drop to 22nd in the rankings, sandwiched between England pair Harry Kane and Raheem Sterling.

Manchester City's Kevin De Bruyne has moved up one place into his international teammate's former spot, to complete the top five - but it is Premier League champions Liverpool who boast more players than anyone else in both the top 10, while they are tied with Barca for the most overall, with 10 apiece.

Virgil Van Dijk leads the charge for Jurgen Klopp's side at seventh - tucked under Atletico Madrid goalkeeper Jan Oblak but just above Paris Saint-Germain man Kylian Mbappe - while Mohamed Salah and Sadio Mane have landed in ninth and 10th to round out the upper echelons of the list.

Elsewhere from the Premier League, former champions City boast nine faces in total - on par with Madrid - while Manchester United and Tottenham both have four, with Red Devils man Bruno Fernandes making the leap from 99th to 32nd following his strong start at Old Trafford.

Among the arguably more surprising inclusions are RB Leipzig goalkeeper Peter Gulacsi, who slots in at 93rd, and Leicester City duo Ricardo Pereira (79th) and Jamie Vardy (50th), the latter included following his Golden Boot-winning campaign with the Foxes.