Government To Relocate 640 Houses Of Eight Settlement Of Sindhupalchwok

Government To Relocate 640 Houses Of Eight Settlement Of Sindhupalchwok 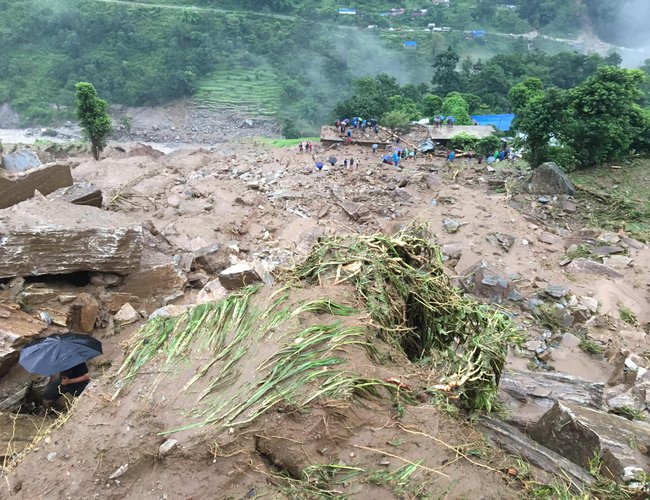 640 houses of eight settlement of highly risky area are to be relocated to a safer place, according to district committee for relocation of settlement under risk. Local government has a data that 11 thousand houses in Sindhupalchowk are at risk while local levels in the district have said 247 houses are unsafe due to floods and landslides.

Rescue teams of Nepali Army, Armed Police Force, Nepal Police and local people are continuing with the search and rescue operations in the disaster site.

During the search operations, bodies of 11 persons out of 31 who went missing in the landslides at Ghumthang in Barhabise Municipality-7 in Sindupalchowk district have been recovered.

The Rising Nepal Reports that Sushila Pakhrin, Deputy Mayor of Barhabise Municipality, informed that 22 houses of Nagpuje's BK and Newar locality were damaged due to the landslides.

Speaker of the House of Representatives, Agni Prasad Sapkota, visited the disaster site and said that yet another tragic disaster had occurred while preparations were underway to relocate victims of the landslides that occurred in the recent past in the district.

The Committee has pointed at the need to transfer 11,109 households to a safer location and started process to relocate eight settlement to a safer place.

Nagpuje, the area where landslides occurred today, is not one of the settlements that the committee has pointed at those needed to relocate.

14 Killed And 7 Missing In Landslides And Floods By Agencies 3 months, 4 weeks ago

10 Killed And Five Missing In Two Separate Landslides In Syangja And Palpa Districts By NEW SPOTLIGHT ONLINE 3 months, 4 weeks ago 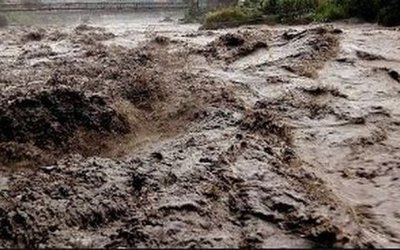 Flood Washes Away Saljhandi-Dhorpatan Road In Baglung By Agencies 4 months, 1 week ago