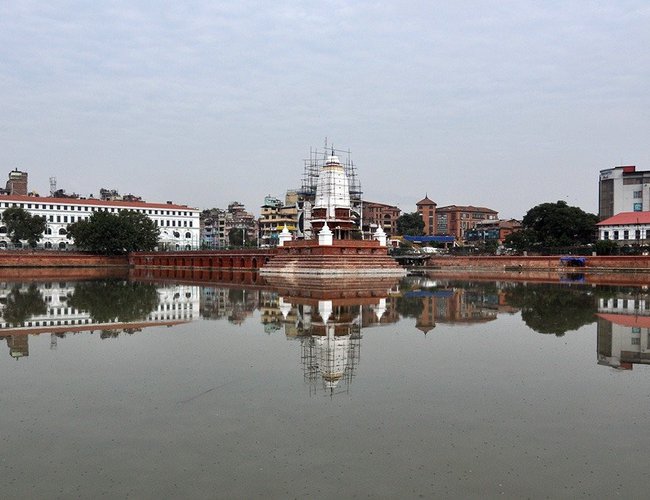 With so many hiccups and disturbance, the reconstruction of Ranipokharai has finally completed five years after the 2015 earthquake. Severely damaged by the earthquake, the historic Ranipokhari has finally regained its historical look with some modification in the temple’s structures.

As the water was drained for its reconstruction, the pond remained grassy because of the delay in starting the reconstruction work. But now water has been filled in the iconic pond glorifying the centre of Kathmandu.

Taking nearly a week, Ranipokhari has been refilled with around 27 million litres of water brought from the Bagmati River through the pipelines of the Melamchi Drinking Water Project. The refilling was done with the support of the Project Implementation Directorate of the Ministry of Water Supply reports The Rising Nepal.

For the refilling, the Directorate used the reservoir tank at the Panipokhari to collect the water. It then used the primary distribution pipe laid for the Melamchi project to send water to the pond through Sundarijal and Chabahil to Mahankal Ring Road. In addition, almost a million litres of water had already been collected at the pond from the monsoon rainfall reports daily. 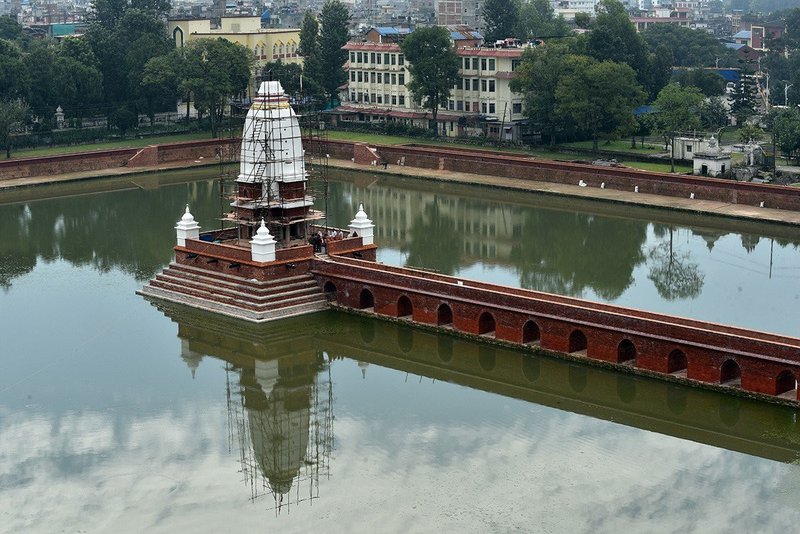 An initial plan was to inaugurate the reconstructed Ranipokhari by the Head of the State on September 19. However, this deadline was missed because still some minor works were left to complete on the Balgopaleshwor Temple standing at the middle of the pond, Manandhar said.

According to daily, the NRA began restoring the historic pond one and a half years ago. With the support from the Ranipokhari Consumers Committee, the originality of the pond was maintained and the Balgopaleshwor Temple has also been rebuilt in its original Granthakhut style.

Balen Shah Leading The Race with Over 4500 Votes By NEW SPOTLIGHT ONLINE 3 days, 15 hours ago