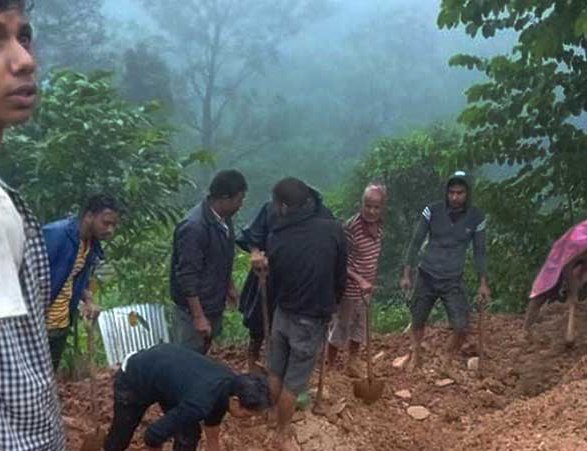 Ten persons have been killed due to landslides at Tamadi, Waling Municipality-14 and Kaligandaki Rural Municipality-4. A person has been rescued alive.

Nine persons, members of the same family, lost lives at Tamadi as landslides buried their house.

Bishnu Pariyar, 17, was killed after landslides buried his house at Gautamtol, Birgha in Kaligandaki Rural Municipality-4. Other members of the family are said to have been mildly injured reports RSS.

FLOOD AND DISASTER Unprecedented Loss By A Correspondent 6 months, 4 weeks ago

48 Killed, 31 Missing And Hundred Displaced By The Recent Floods By NEW SPOTLIGHT ONLINE 7 months, 1 week ago