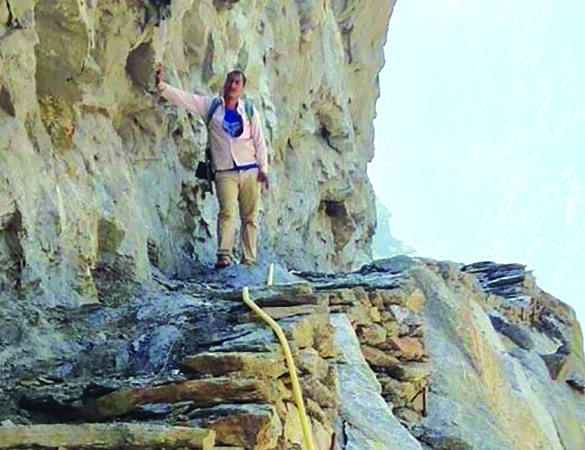 The army, which started work on May 22, completed the work of opening the 550-metre track as per the agreement on Saturday.

The road construction had begun with an aim of completing in two months, but it took four months to open the track due to rocky geography, external obstruction, bad weather and delays in the transportation of construction materials.

According to Bikram Dev Thapa, Company Commander of Durgadal Company, Darchula, work of cleaning the track was completed after opening the track.

With the opening of this road, the people of Byas village could reach the district headquarters by using only Nepali territory.

The army said that it would be easier for about 200 families living in Chhangru and Tinkar villages of Byas to reach the district headquarters of Darchula.

The Byas villagers live in Khalanga for six months every year and another six months in Byas.

In the past, when there was no road connectivity within Nepal, the people had to use the Indian roads to move to district headquarters and vice versa.

Due to border disputes, lockdown and closure of border checkpoints, the villagers had difficulty in returning to their villages. Nagendra Tikanri, a local of Byas Rural Municipality-1, said, adding that with the construction of the roundabout, the obligation to get permission from the administration of both Nepal and India to reach Byas has come to an end.

Forbes Listed Five Nepalis In Forbes’ 30 Under 30 From Asia By Agencies 1 day, 21 hours ago