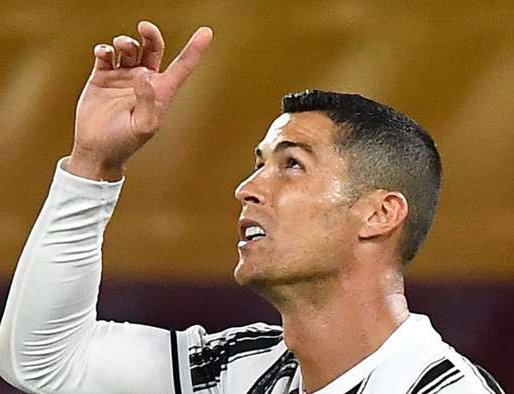 Cristiano Ronaldo has predicted a "bright future" for Juventus after his double salvaged a 2-2 draw for the Serie A champions against Roma on Sunday. Goal

The Bianconeri were far from their best at Stadio Olimpico and went in down 2-1 at the break after Jordan Veretout netted a brace either side of a Ronaldo spot-kick.

Juve's chances of clawing their way back into the game suffered a blow when Adrien Rabiot was dismissed for a second bookable offence after 62 minutes, but Ronaldo secured a point with a towering header seven minutes later.

Despite Roma dominating for long periods, Ronaldo was pleased to leave the capital with a point and believes the Bianconceri are in for another successful season.

"I think it is a point earned," he told Sky Sport Italia. "It had become a complicated situation but we got back into it, even after the red card, so by the end of the campaign this could prove to be an important point.

"We're at the start of the season, there's a new coach, new ideas, but I see the team working well. We're enthusiastic and I see a bright future for us.

"What we're seeing is that the team is happy to work with a smile."

New signing Alvaro Morata - who was at Juve between 2014-16 - made his second debut for the Old Lady after securing a loan deal from Atletico Madrid.

Starting alongside Ronaldo in attack, Morata failed to have a strong impact on the match and was substituted after 58 minutes with Douglas Costa coming on in his place.

Speaking prior to the Roma match, the 27-year-old spoke of his happiness to be back in Turin and hoped he could help the club win the Champions League.

"Juve took a punt on me when I was younger and coming back was a dream of mine," Morata told reporters at his presentation.

"Leaving Juventus was not up to me. I was happy in Madrid, but now it's important for me to be here and I have kept in touch with everyone over the years.

"It was a great memory and now we have new challenges to face together.

"The Champions League is very important to Juventus. If we were to win it this year, I would be the happiest man in the world. We want to win it."