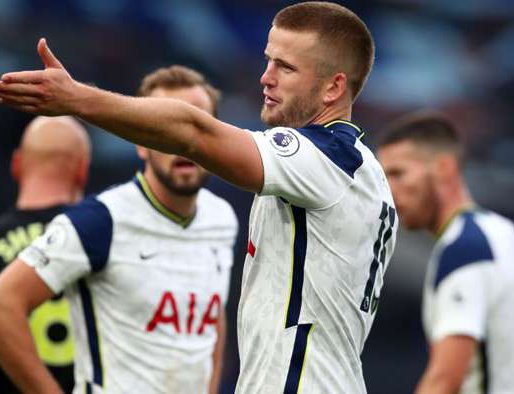 A late goal from Erik Lamela earned Spurs a 1-1 draw against their London rivals on Tuesday, before they prevailed on penalties thanks to Mason Mount's miss.

The tie, however, will be remembered for a hilarious scene involving Mourinho and Dier just over 10 minutes from the end.

Dier disappeared down the tunnel, with a seemingly fuming Mourinho in hot pursuit.

The pair emerged minutes later and the defender resumed regular duties, and his boss was able to see the funny side after beating his former employers.

"We tried to organise a team with the players we had available. What happened to Eric Dier is not normal, I have to praise him in a special way. It should be forbidden for a player to play two games in 48 hours at this level [after he played against Newcastle]. What he did is not human to do," Mourinho explained to Sky Sports after the final whistle.

"He had to go [when he ran off] - he had no chance! Maybe it is a normal thing when you are completely dehydrated which is the case, I had to put pressure on him to get back but he is a great example for everybody. If the authorities don't care about players, I care.

"On the penalties I have a negative record but I had the feeling that everything was going well.

"We were ready to fight, I told you. I told the players before the penalties that they were magnificent in the second half, we made Chelsea look ordinary. The team waited for the right moment.

"I have to think about three games at the same time but the players only thought about this game, they were phenomenal. Phenomenal."

Spurs were forced to take the field on Tuesday just 48 hours after facing Newcastle United in the Premier League, which Dier believes may explain his quick retreat to the restroom.

"I'm so happy, I'm proud of how we played apart from the first 15 minutes. We showed them too much respect but then we were fantastic," the England international said.

"After playing on Sunday it wasn't easy, maybe that's the reason I had to run off but we got through it! All of the staff and the players put effort in.

"Jose wasn't happy but there was nothing I could do about it, nature was calling. I heard there was a chance while I was off the pitch but thankfully they didn't score."

After the match, Dier posted a picture on Instagram of his Man of the Match award sitting on what he called: "The real M.O.M." — the toilet.