CAN To Provide Rs.50,000.00 Monthly Salary To A Categorizes Cricketers

CAN To Provide Rs.50,000.00 Monthly Salary To A Categorizes Cricketers 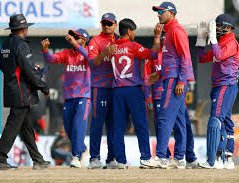 The Cricket Association of Nepal (CAN) has signed contracts with men and women cricket players for a year reports RSS.

The CAN board meeting held in Bharatpur, Chitwan on Tuesday made classification of women cricketers for the first time in Nepal.

According to RSS, the cricket association has categorized 18 men and 19 women cricketers into grade ‘A’, ‘B’ and ‘C’. As decided the ‘A’ grade men players include Paras Khadka, Gyanendra Malla, Sandeep Lamichhane, Sharad Veswakar, Karan KC, Basanta Regmi, Deependra Singh Aire and Binod Bhandari.

“The CAN has signed contracts with women cricketers for the first time.

CAN has decided to hold its annual general assembly on October 14 through virtual platform.

The association took the decision to convene the AGM as it has to be held by October 16 as per the International Cricket Council (ICC) provisions.

“We would hold the AGM face-to-face if the situation allowed us to do so. If not it would be organized in a virtual platform”, Chand said.

CAN has endorsed all the annual audit reports from the fiscal year 2015/16 to 2019/20. Audit was not performed in the year when CAN was suspended.

The ICC had lifted its action against CAN after a new leadership came after the election.

Likewise, CAN has decided to seek government permission for closed-door training amidst the corona pandemic.

Chair Chand said that the association has decided to take initiative to enable an environment for training sessions in coordination with the National Sports Council.

The CAN has also decided to coordinate with the concerned authorities for organizing the men and women category Prime Minister Cup within mid-December.

Likewise, the board took the decision to remunerate cricket coach Jagat Tamata at par with the ‘A’ grade cricketers. CAN has decided to remunerate him for two years.

The board has also decided to form a three-member committee for life insurance of the contracted cricketers, ground staff and office staff.