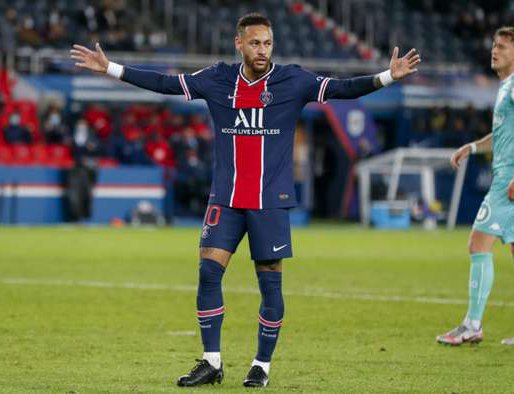 A suspension and a calf issue hindered Neymar's start to the campaign, but he was in fine form with a goal in either half as Thomas Tuchel's men ran riot at the Parc des Princes.

Alessandro Florenzi opened the scoring in the seventh minute with a beautiful first goal for the club before the brace from PSG's Brazil star moved them out of sight early in the second half.

Ismael Traore got Angers on the board but strikes from Julian Draxler, Idrissa Gueye and Kylian Mbappe ensured there was no tense finale as the champions recorded their fourth straight win.

After Mbappe saw a low effort saved well by Paul Bernardoni, Florenzi took the goalkeeper out of the equation with a sublime lobbed volley from the right side of the box.

Mbappe sent a cutback into Bernardoni's arms after rounding the goalkeeper but got it right at the next attempt, darting between Sada Thioub and Abdoulaye Bamba and teeing up Neymar to slam in off the underside of the crossbar.

Mbappe had a goal chalked off for offside against Mauro Icardi in the build-up before half-time but Neymar made it three in the 47th minute, slotting home Florenzi's deflected cross.