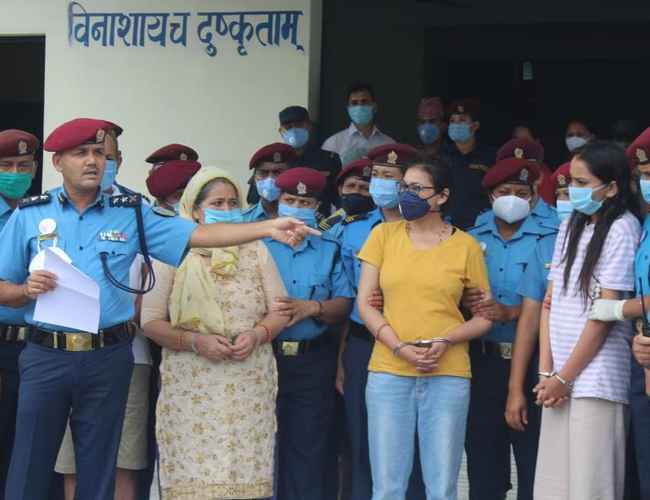 Coronavirus infection in security personnel of the three separate bodies has crossed 8,000 reports The Rising Nepal daily. The daily quoting security officials of Nepal Police, Nepali Army and the Armed Police Force, Nepal (APF) said the total infected security personnel, deployed in various tasks including the coronavirus control and treatment sectors as frontline forces has reached 8,260 as of Sunday morning.

Senior Superintendent of Police (SSP) Kuber Kadayat at the Police Headquarters said that Nepal Police had the highest number of infected people at 4,423. Of them, 1,726 are actively infected personnel while 2,697 are discharged after recovery reports The Rising Nepal.

Similarly, 2,590 personnel of the Nepali Army were found infected with the virus so far. Of them, 808 were discharged and 1,880 are active cases. Two army personnel died due to the infection within these days, Shantosh Ballave Poudel, Brigadier General and spokesperson of Nepali Army Headquarters told to the daily.

In the APF, the recovery rate has gone up tremendously. While a total of 1,247 personnel were infected in the force, 999 of them have recovered. Now, only 248 are active cases.

The number of security personnel infected with coronavirus has been increasing across the country in the recent days.

Over 93 Percent Results Of Local Poll Announced, Balen and Chiribabu Leading In Kathmandu And Lalitpur Respectively By Agencies 1 day, 23 hours ago