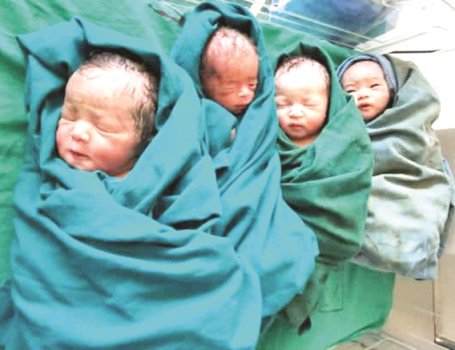 Somika Tamang, 28, from Nuwakot gave birth to the quintuplets through caesarean section.

“Of the five neonates, four are healthy while one was delivered dead,” informed Dr. Sangita Mishra, director of the hospital.

Dr. Mishra informed that one of the babies was found dead during 28 weeks of Tamang’s pregnancy.

The babies were delivered through operation by the team of doctors led by Dr. Kritipal Subedi, a gynecologist at the hospital.

Only 10 Percent Of Results Remains In Local Level Polls By Agencies 19 hours, 56 minutes ago