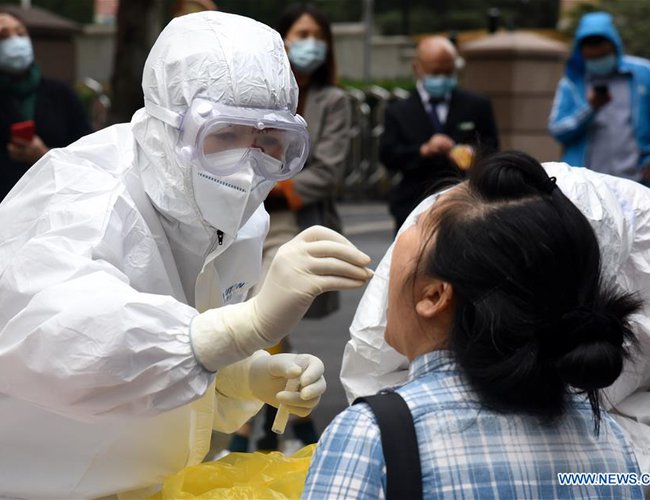 The city of Qingdao in east China's Shandong Province has activated a plan to conduct a city-wide nucleic acid testing for COVID-19 after new cases were reported.

China will test 9 million population in five days. The city will complete nucleic acid testing in five districts within the next three days, while the testing will cover the whole city in five days, according to a notice issued by the municipal health commission, adding that the results will be released in a timely manner.

Starting from 7 a.m. Monday, the residents of a community in the city's Shinan District began to line up at a testing point to receive nucleic acid testing. They were notified to undergo the testing on Sunday evening.

"It took about 20 minutes to wait before getting the testing. It's a responsible move to conduct tests for ourselves and for others, too, " said a local resident surnamed Wang.

Qingdao has reported six new confirmed cases and six new asymptomatic cases of COVID-19 since fresh cases emerged in the city over the weekend, the municipal health commission said.

Epidemiological investigations found that the cases were linked with the Qingdao Chest Hospital, which had been used to treat imported COVID-19 patients.

Reporting based on Xinhua