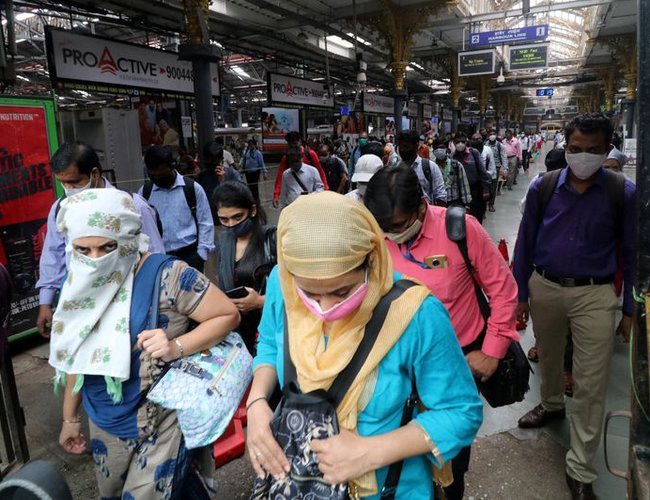 With popular Hindu festivals, such as Dussehra and Diwali being celebrated in the coming months, India’s health minister has urged people to stay at home and avoid congregating in fear of the problem worsening.

The US remains the most heavily affected country worldwide, though India is on track to surpass the US in the coming days.

Across Europe, countries continue to battle the virus, with France, Ukraine, and Poland all reporting record highs in daily confirmed cases over the weekend.

In Spain, the government has ordered a 15-day state of emergency in Madrid in an effort to bring the outbreak in the capital under control.

In Africa, the continent is thought to have passed its peak of Covid-19, though with some countries still seeing a rise in new cases, the WHO urges all countries in this region to not become complacent.