In Memory Of Dr. Sukhdev Shah

Sukhdev jee's passion remained the development of Nepal, and particularly how Madhesh could leapfrog to become a prosperous and developed region 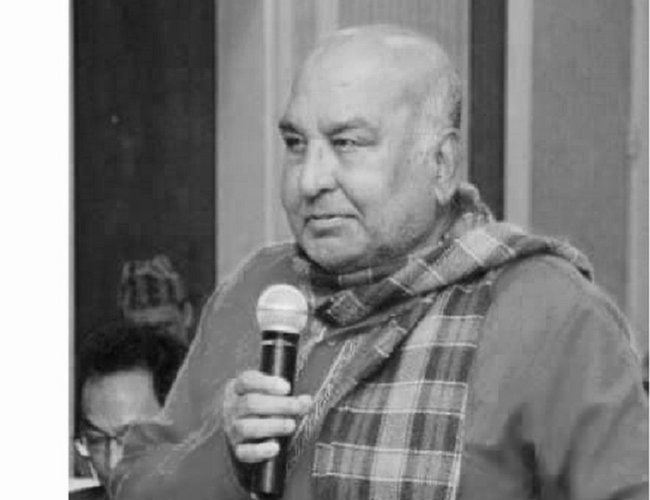 The passing of Dr. Sukhdev Shah on 10/12/2020 has left a deep void in the psyche of many in the Nepali American Community. Sukhdev jee was an untiring activist and leader for democracy, development and equity in Nepal. Hailing from Janakpur, he earned his Ph.D. in economics from the University of Hawaii (UH), and joined the IMF, where he served for almost three decades. He became a pioneer for showing the way for many Nepalis to work in reputed international institutions. Upon his retirement, he became a visiting professor of economics at the University of the South Pacific in Fiji and later remained active in teaching at various colleges around the DC area.

Sukhdev jee's passion remained the development of Nepal, and particularly how Madhesh could leapfrog to become a prosperous and developed region. Even when he worked for the IMF, he was active in supporting the people's movement of 1990 in Nepal, which ushered an era of democracy in the country. During the protests in DC in 1990 by several Nepalis in the US in favor of the people's movement, Sukhdev jee distributed sandwiches and water to the protestors. We appreciated his passion and help during those difficult times. In the early 2000s, he was again deeply involved in the Madhesh Andolan, and in the several forms of protests and other activities to help Nepal become a republic.

Sukhdev jee was offered the position of Finance Minister of Nepal in 1991 by GPK, but he was unable to accept it for personal reasons. Later around 2009, he was nominated to become Nepal's ambassador to the US, but unfortunately, that did not materialize.

Sukhdev jee mentored many young Nepalis in economics and advised them in their career pursuits. He was an inspiration to many young talents who wished to join international civil service. He remained a prolific writer and speaker until the day of his demise.

On a personal note, I first met Sukhdev jee circa 1979 in Hawaii when he was passing through Honolulu during his work-related travels to the Pacific islands. When he spoke about his work and global travel, me and my colleagues (we were students then) were highly impressed and inspired. I returned to Nepal after my stint at the UH, and subsequently, in several years, returned to the US for higher education. Sukhdev jee and I remained friends and visited each other on several occasions. Sukhdev jee was a well-read scholar, prolific writer, and a passionate activist and leader. He will be missed.From Face Book

SHINZO ABE A Legacy Ends In Japan By A Correspondent 6 months, 2 weeks ago

Niranjan Koirala Is No More By A Correspondent 2 years, 1 month ago