Navratri Day 3 Day Of Chandraghanta, The Bestower Of Peace And Serenity

Navratri Day 3 Day Of Chandraghanta, The Bestower Of Peace And Serenity 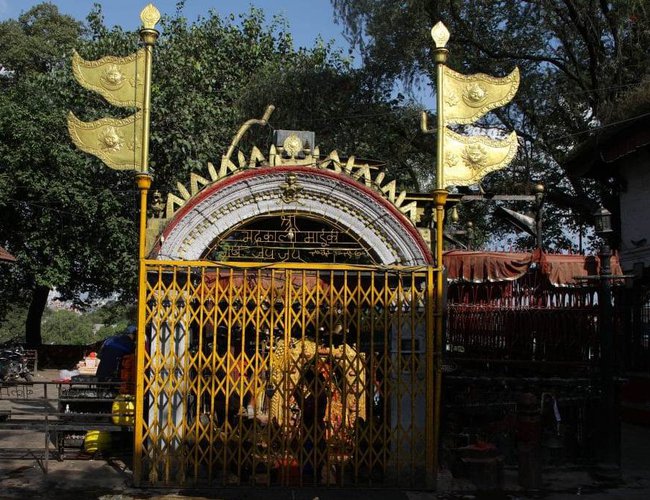 Although today is day 3 of Navratri or the day to worship Mata Chandraghanta, due to spike of COVID-19, all the main shrines of Kathmandu Valley are shutdown or locked not allowing devotees to worship.

However, some devotee is worshiping the ma Durga from outside the gate and majority of devotees are performing Puja from the home protecting themselves from COVID-19.

Mata ChandraGhanta is the bestower of peace and serenity. She showers Supreme bliss and knowledge on her devotees.She is the third form of ‘Maa Durga' whom we

On Day 3 of Navratri, Maa Chandraghanta is worshipped. She is the bestower of peace and serenity. She showers Supreme bliss and knowledge on her devotees.

She is the third form of ‘Maa Durga' whom we worship throughout the nine days of Navratri. Maa Chandraghanta carries an aural serenity. 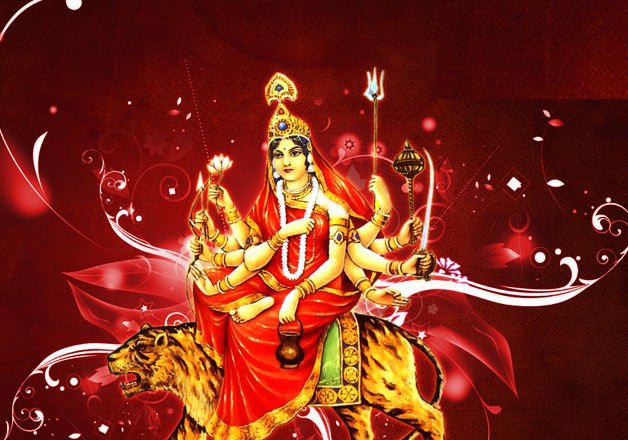 Maa Chandraghanta got her name so because she has a ‘Chandra' – a moon on her forehead which appears as a ‘ghanta' – a bell. The sound of the bell wards off evil spirits from her devotees.

One can invoke Maa with this mantra -

It means, I join hands in front of the supreme Goddess and adore the goddess with a bell shaped mark of moon on her forehead and I ask for the forgiveness for all the bad deeds I have done in my life.

Maa has a body of gold and she rides on a lion. She has ten hands, out of which eight carries weapons to destroy the evil and wrongdoer while two are in a position of giving blessings and stopping harm.

She is always ready to help her devotees, to kill the evils troubling them and bless them with peaceful life.

With a crescent moon on her forehead, elegant garb and weapons in her hands she gives appearance of a strong female with composed countenance.

She establishes justice and gives her devotees the courage and strength to fight challenges.

The rituals to be followed on the third day of Navratri to worship ‘Maa Chandraghanta' are to be followed diligently. One should first worship all the Gods, Goddesses and Planets in the ‘Kalash' and then offer prayer to Lord Ganesha and Kartikeya and Goddess Saraswati, Lakshmi, Vijaya, Jaya – the family members of Goddess Durga.

The puja should be concluded by worshipping Goddess Chandraghanta followed by a heartfelt prayer to Lord Shiva and Lord Brahma.

The color for the third day of Navratra is white. One should prefer wearing white color on this day.

In order to appease Maa Chandraghanta, one should offer her milk, sweets and kheer. She fulfills all the wishes of a devout and provides relief from worldly pains.