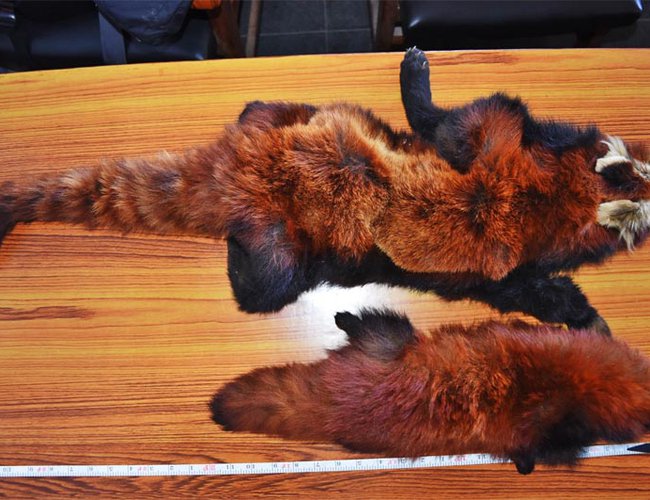 Four people have been arrested with red panda hide in their possession report RSS.

Police Inspector at the DPO Surkhet, Gopal Rayamajhi said they were arrested on Wednesday from Bhawana Panchakoshi Hotel at Godamline, Birendranagar-6.

According to RSS, a four-foot long red panda hide and another red panda hide measuring three feet and six inches long have been confiscated from them.

An investigation has been initiated against all the four arrested persons, police said.

Advertisement Code Of Conduct Announced By Agencies 1 day, 6 hours ago