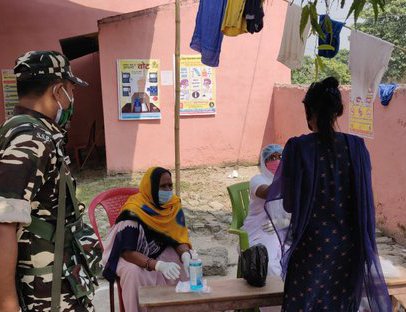 As the election takes place in the midst of the ongoing Covid-19 pandemic, several guidelines have been issued the Election Commission for the safe conduct of the electoral exercise.

Polling is underway in 71 assembly constituencies of Bihar in the first phase of three-phase elections amid tight security and COVID-19 guidelines in place. The fate of over a thousand candidates across these assembly segments will be decided Wednesday by more than two crore voters. Of the nearly 2.15 crore electors eligible to exercise the franchise, 1.12 crore are male, 1.01 crore female and 599 are from the third gender.

The Mahagathbandhan Wednesday slammed the state government over the Munger incident. “This double-engine govt definitely had a role in it. Who gave permission to become General Dyer? What has Sushil Modi done except for tweeting,” RJD leader and grand alliance chief ministerial candidate Tejashwi Yadav said, requesting a high court-monitored probe in the matter. 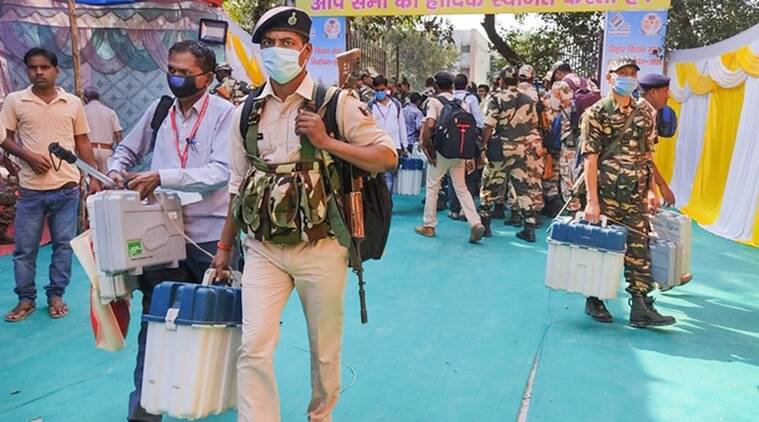 Campaigning for the first phase of the high-stakes election came to an end on Monday. The last day saw a spree of election rallies by the major contenders in the fray, including JD(U) leader and Chief Minister Nitish Kumar, the RJD’s Tejashwi Yadav and the LJP’s Chirag Paswan. Also seen were Prime Minister Narendra Modi, Congress leader Rahul Gandhi and several Cabinet Ministers. (Click here to follow our full coverage of Bihar polls)

As the election takes place in the midst of the ongoing Covid-19 pandemic, several guidelines have been issued by the Election Commission for the safe conduct of the electoral exercise. These include lowering the cap on the maximum number of voters for a polling booth from 1,600 to 1,000, staggering of polling hours and postal ballot facility for those aged above 80, or those afflicted with or suspected to be carrying the contagion.

Besides, sanitization of electronic voting machines, wearing of masks and other protective gear by polling personnel and availability of thermal scanner, hand sanitizer, soap and water will be ensured.