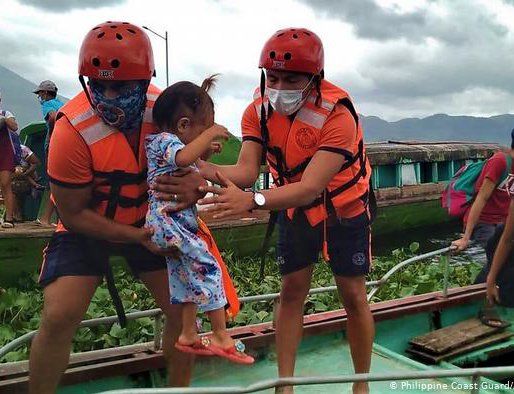 A super typhoon — the world's strongest this year— has made landfall in the eastern Philippines. Over a million residents in the typhoon's path have been evacuated, with authorities describing "catastrophic" conditions.

The typhoon made landfall on Catanduanes Island at dawn with sustained winds of up to 225 kilometers per hour (140 miles per hour) before heading westward. It was expected to move towards heavily populated regions including the capital, Manila, as well as provinces that are still reeling from a typhoon that hit last week, claiming at least 22 lives.

A million residents in Goni's estimated path have already been evacuated and the main international airport has been closed. 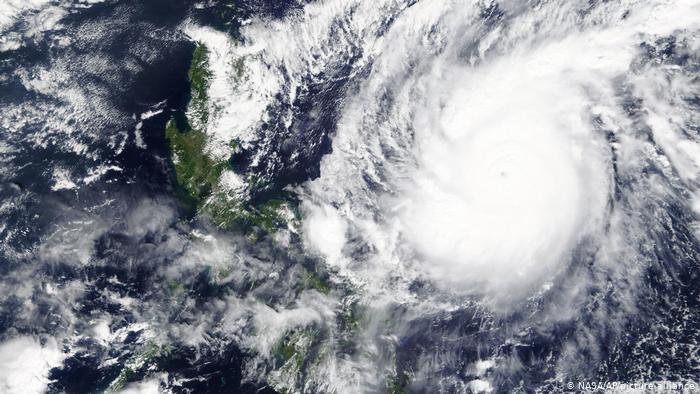 The typhoon — equivalent to a Category 5 hurricane — is the world's strongest this year and is among the most powerful storms to hit the Philippines since Haiyan, which killed over 6,300 people in 2013.

"Within the next 12 hours, catastrophic violent winds and intense to torrential rainfall associated with the region of the eyewall and inner rain bands of the typhoon will be experienced,'' the Philippine weather agency said in an advisory.

According to the agency, four other provinces will be initially hit aside from Catanduanes. These include Albay, where thousands of people have been moved to safety, especially those residing near the active Mayon Volcano. Volcanic mudflows have killed people during past storms in the region.

Senator Christopher Go, the top aide of President Rodrigo Duterte, told a virtual news conference that the storm could hamper efforts to contain the coronavirus.

"We are having a hard time with COVID-19, and then here comes another disaster," he said, adding that local officials should ensure that the virus does not spread in evacuation centers.

48 Killed, 31 Missing And Hundred Displaced By The Recent Floods By NEW SPOTLIGHT ONLINE 6 months, 4 weeks ago