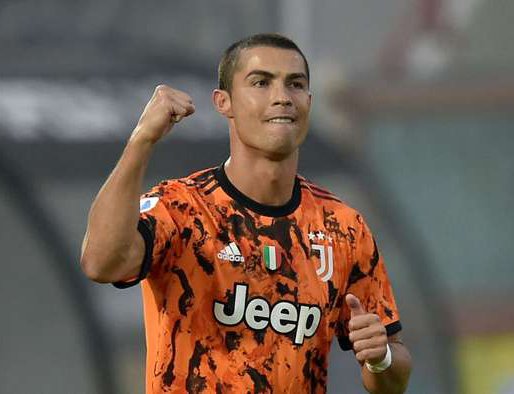 Cristiano Ronaldo confirmed that he feels healthy after recently battling the coronavirus, declaring: “Cristiano is back."Goal

The Juventus star missed several matches, including a Champions League clash with Barcelona, after testing positive for the virus during the international break.

Juve lost that match against Barcelona, but the Portuguese star's return did guide the Italian champions to a victory over Spezia on Sunday.

Ronaldo scored the second and third goals in Juve's 4-1 win, coming off the bench in the 56th minute before finding the back of the net three minutes later.

The forward added a finish from the spot in the 76th minute as he was joined by Alvaro Morata and Adrian Rabiot on the scoresheet.

Having been cleared to play on Friday, Ronaldo is glad to be back on the field, as he declared that he is officially back and ready to contribute for Juve.

“I have been stationary. I had no symptoms and I felt good. Today I went back to doing what I like: playing football,” Ronaldo told Sky Sports.

“Serie A is a competitive league. Milan are doing a great job, as well as Lazio and Napoli. We have to work hard, but we are growing.”

He added: “Cristiano is back, and this is the most important thing."

"PCR IS BULLSH*T", he wrote, before eventually deleting the comment.

On Sunday, Ronaldo did not want to discuss his original comment, instead looking to move on from the discussion.

"I don't want to talk about it," Ronaldo said. "The important thing is that I came back and we won."

Ronaldo has scored five goals in three games this season, having fired 37 in 46 appearances last season.

In total, Ronaldo has provided Juve with 70 goals in 92 appearances since joining the Serie A side from Real Madrid in 2018.

Juventus are set to face Hungarian side Ferencvaros in the Champions League on Wednesday, with the Italian side currently sitting three points behind group leaders Barcelona.

They'll then return to Serie A to face off with Lazio at the Stadio Olimpico.There will be partly to generally cloudy in Province 1 and Karnali Province , partly cloudy in the hilly areas of Bagmati Province, Gandaki Province, Lumbini Province and Sudur Pashchim Province along with Province 2 and mainly fair in the rest of the Province.

Withdrawal of Southwest Monsoon from the entire country and simultaneous commencement of the Northeast Monsoon rains over extreme south peninsular India on today, the 28th October 2020.

In view of significant reduction in rainfall activity over most parts of the country, the Southwest Monsoon has withdrawn from the entire country on today, the 28th October 2020 (Annexure 1). Simultaneously with the setting in of northeasterly winds in the lower tropospheric levels, the Northeast. Monsoon rains have commenced over extreme south peninsular India on today, the 28th October 2020.