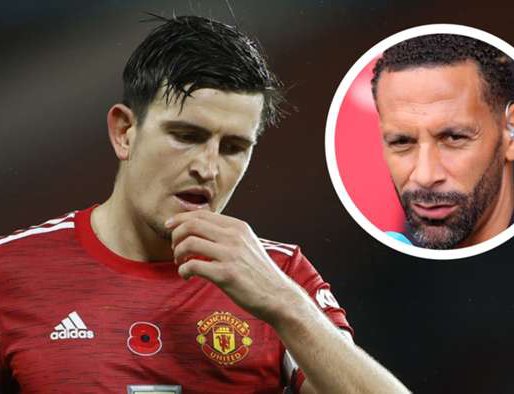 Rio Ferdinand has called on Manchester United captain Harry Maguire to show he is worthy of the armband, urging the England international centre-back to “get a hold of that team”.

Recent good work, notably wins over Paris Saint-Germain and RB Leipzig in the Champions League, was interrupted by a 1-0 home loss to Arsenal in the Premier League on Sunday.

It was a lacklustre performance against the Gunners at Old Trafford, and Red Devils great Ferdinand feels there was a lack of leadership on show.Goal

“We're lacking confidence in certain areas. We gained a bit of confidence in midweek but do they get too overconfident?” he said on the Rio Ferdinand Presents FIVE YouTube channel.

“I saw Harry Maguire and a couple of his comments after the game saying maybe they were patting each other on the back too much. Get a hold of that team - he's the captain.”

Ferdinand feels Maguire would do well to look back at past captains of United for inspiration.

He added: “I hope he's getting in there and getting round people and telling people 'listen, we aren't the finished article, we've got loads to do, there is more from us to come, pull your socks up'.

“I don't know if that's going on. The captain of Man Utd. There's always been leaders in that changing room who would be going round and drilling people, either one-to-one or in front of the group. Pulling people aside, having little conversations to get people up, to make sure they stay on their game.

“I remember Nani, I didn't chat to him really, it was two or three words, 'assists and goals' or 'shoot on sight'. Boom, that's it. It doesn't need an essay of words. Sometimes it's short and sharp, punchy little things.

“Are these conversations going on? It isn't just for the management to deal with that, sometimes the players in that dressing room need to stand up and put it on people.”

While United are well placed in the Champions League, with two wins from as many games in Group H, they languish in 15th place in the Premier League.

Ole Gunnar Solskjaer’s United can shift focus away from their domestic troubles on Wednesday when they face Istanbul Basaksehir in the Champions League.

A win at the Fatih Terim Stadium in Turkey would leave the Red Devils well placed to advance to the knockout stages, but they will need to bounce back from their poor effort against Arsenal on Sunday.