A Deadly 'Terror' Attack In Vienna

A Deadly 'Terror' Attack In Vienna 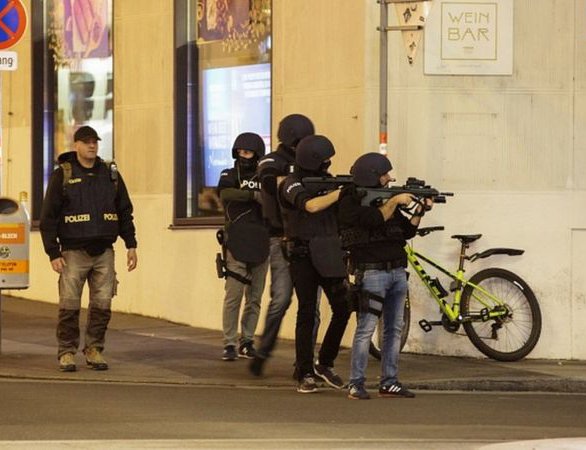 Police were searching for at least one attacker who was still at large, the interior minister said.

The shootings took place near the central synagogue but it is not yet clear if that was the target.

Mayor Michael Ludwig said 15 people had been wounded, seven of them seriously. One woman died from her injuries in hospital, he added, while the other victim was killed at the scene of one of the shootings.

A police officer was among the injured, the interior ministry said.

The attack happened just hours before Austria imposed new national restrictions to try to stem rising cases of coronavirus. Many people were out enjoying bars and restaurants which must close until the end of November.

Police said the incident began near the Seitenstettengasse synagogue, which is the main temple in Vienna.

An officer guarding the synagogue was among the wounded, newspaper Kronen Zeitung reported.

It was not immediately clear how many attackers took part in the shooting. Austrian media said one person had been arrested, citing the interior ministry.