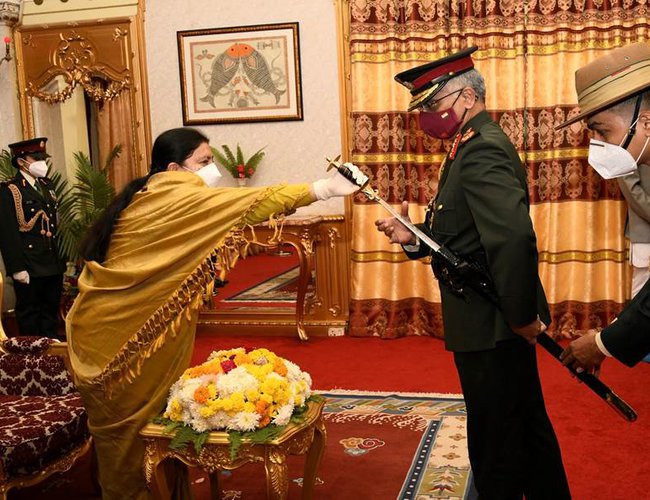 General Naravane was presented with a sword, insignia and a certificate of conferment order by the President during the ceremony. General Naravane arrived in Kathmandu on 04 November 2020, at the official invitation extended by General Purna Chandra Thapa, Chief of the Army Staff, Nepali Army.

According to a press release issued by the Directorate of Public Relations and Information of Nepal Army, the Nepali and the Indian armies traditionally honor each other's chiefs by conferring on the honorary rank of General, given the close military ties shared by the two neighbors for decades. This long-held tradition is emblematic of the close ties between the national armies of Nepal and India. 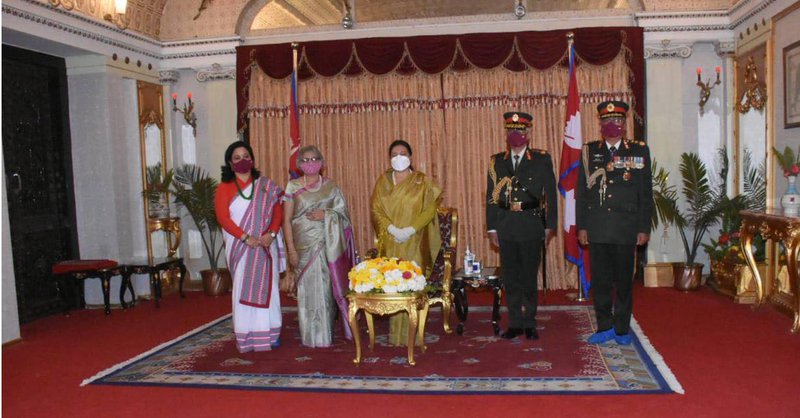 Later today, COAS General Thapa will host a banquet in honor of Gen Naravane and the visiting delegation.

Embassy of India added this is regarded as a unique customary tradition followed by the two countries that has no parallel in the world. 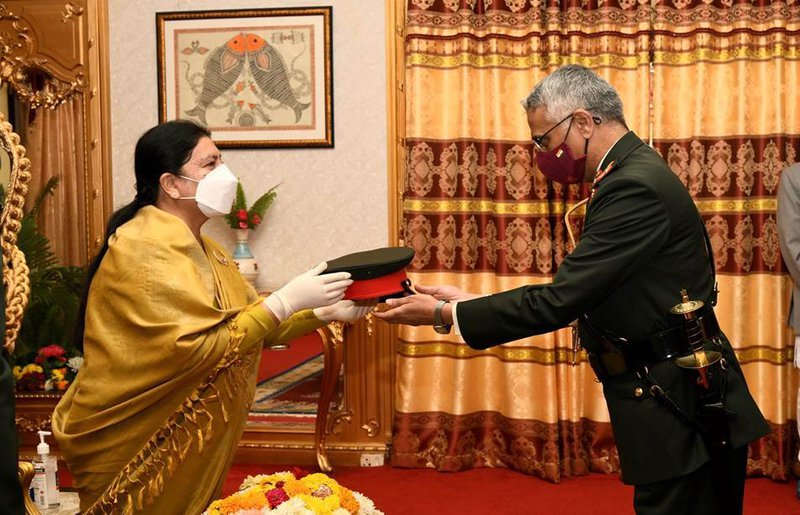 He has also presented a sword and scroll during the function. The ceremony was attended by the Prime Minister of Nepal K.P. Sharma Oli, Indian Ambassador Vinay M. Kwatra and other senior officials of both countries.

The practice follows a seven-decade-old tradition of conferring Army Chiefs of each other's country with the honorary title. Commander-in-Chief General KM Cariappa was the first Indian Army Chief to be decorated with the title in 1950. In January last year, Chief of Nepali Army, General Purna Chandra Thapa, was also made the honorary General of the Indian Army by President Ram NathKovind at a ceremony in New Delhi.

Following the ceremony, General MM Naravane called on the President of Nepal Bidya Devi Bhandari. He was accompanied by Ambassador Vinay M. Kwatra. During the meeting with the President, General Naravane conveyed his gratitude for the honour bestowed upon him and also discussed measures to further enhance bilateral cooperation.

Nepal Army Collects Over 30,000 KG Of Wastes From Major Mountains By Agencies 17 hours, 38 minutes ago