US Formally Withdraws From Paris Agreement

US Formally Withdraws From Paris Agreement 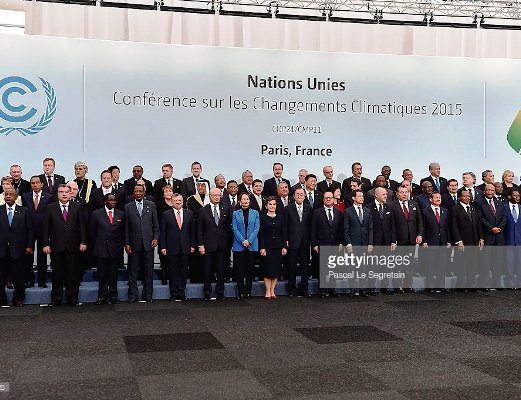 After a three-year delay, the US has become the first nation in the world to formally withdraw from the Paris climate agreement.

President Trump announced the move in June 2017, but UN regulations meant that his decision only takes effect today, the day after the US election.

The US could re-join it in future, should a president choose to do so.

The Paris deal was drafted in 2015 to strengthen the global response to the threat of climate change.

It aims to keep the global temperature rise this century well below 2C above pre-industrial levels and to pursue efforts to limit the temperature increase even further to 1.5C.

Why has this taken so long?

The delay is down to the complex rules that were built into the Paris agreement to cope with the possibility that a future US president might decide to withdraw the country from the deal.

Previous attempts to put together a global pact on climate change had foundered because of internal US politics.

The Clinton administration was unable to secure Senate backing for the Kyoto Protocol, agreed in 1997.

So in the run up to the Paris climate talks, President Obama's negotiators wanted to ensure that it would take time for the US to get out if there was a change in leadership.

Even though the agreement was signed in December 2015, the treaty only came into force on 4 November 2016, 30 days after at least 55 countries representing 55% of global emissions had ratified it.

No country could give the notice to leave the agreement until three years had passed from the date of ratification.

Even then, a member state still had to serve a 12-month notice period on the UN.

Ukraine Poised To Launch Counteroffensive By Agencies 5 days, 4 hours ago