The Pre-Trump World Won't Come Back

The Pre-Trump World Won't Come Back 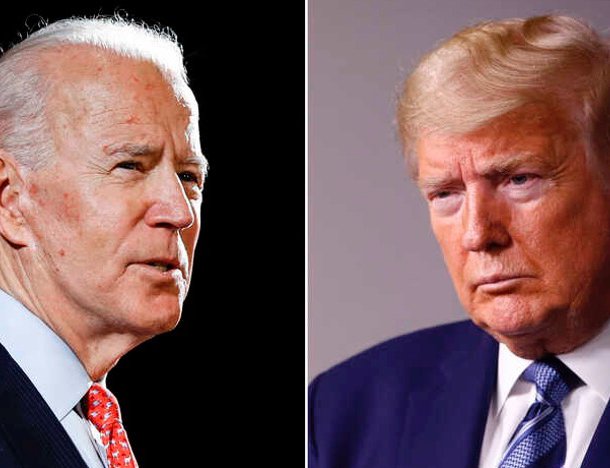 Ivan Krastev of the Centre for Liberal Strategies believes Europe can glean many warnings about its political future from this week's dramatic events in the US.

When it comes to politics, most Europeans believe the difference between the United States and Europe is similar to the difference between European and American football. Like American football, American democracy is an insider's game. Its electoral system, in which the candidate who loses the popular vote can easily win the White House, probably makes a lot of sense to Americans but not to anyone else. But regardless of the differences, some of the lessons of the American elections are very relevant for Europe.

In his 1972 play Jumpers, the British playwright Tom Stoppard waggishly suggested: "It's not the voting that's democracy, it's the counting." This year's US election has proved him right.

Democracy is in its essence a system where the loser, by accepting defeat, legitimizes an election's outcome. US President Donald Trump's attacks on the fairness of the election not only damage America's reputation but are likely an omen about what is to come — a proliferation of contested elections not only in but outside of the United States.

For political partisans in divided states, the most existential threat for democracy is not the breaking of established rules but the victory of the other party. And many are growing more prepared to burn the house down in order to prevent the other side from coming to power. In such an environment, impartial institutions like courts, central banks or the free media are at risk of becoming politically weaponized.

The US election also warns us that the shock and losses caused by the coronavirus crisis, even in societies most devastated by the pandemic, are more likely to intensify existing divisions than to bring more national unity and collective purpose.

An analysis by The Associated Press revealed that in 376 US counties with the highest number of new cases per capita, the overwhelming majority — 93% of those counties — went for Trump.

Europeans should see events in the US as a warning: If lockdowns are prolonged and economies closed, our societies could start to resemble the explosive mess we are witnessing in the United States.

While democracy is often praised for its genius to bridge divisions in modern societies, the US experience of the last four years has revealed that democratic politics can also solidify and intensify these divisions. The election has exposed the fact that Democrats and Republicans are not just two political parties; they have turned into two different countries in electoral war with each other. And this political war will not end with Trump's defeat.

Demography can be destiny

Europeans can also learn from the US experience that in politics, demography is often destiny. Numbers do matter. When numbers change, power changes hands. The democratic narrative has long insisted that electoral victory is decided by voters changing their minds. But power can also be upended when an electoral body shifts. This happens when a new generation with strong collective preferences comes of age, as happened in Western democracies in the 1960s and 1970s.

It may also transpire when a sizable group of new voters joins the polity and reshapes it. This occurred in many countries when universal suffrage was introduced, or as a consequence of wide-scale migration. It is the change of the demographic mix in states like Arizona or Georgia, rather than the change in people's minds, that helps to explain Biden's impressive performance.

So, it's not surprising that many of the nativist parties see the growing number of migrants in their countries not simply as an economic or cultural threat but as a political threat. The ethnic majorities that fear becoming minorities in their own countries will remain the most powerful source of support for nativist populists, both in the US and in Europe.

European parliamentarianism is institutionally better positioned to resist extreme political polarization, but the Polish example shows us that is not necessarily a credible defense against it. European democracies will get infected with American-style polarization if we do not find a way to bridge the growing gap between urban and rural areas, between the university-educated and those lacking university education, and between the political preferences of young and old.

The American experience may also suggest that the new progressive generation, the vast majority of which voted for Joe Biden, could be ready to dismantle the populist albatross around society's neck. But when it comes to the political promise of the younger generation, Europeans should beware of adopting the American dream wholesale.

In Europe, people younger than 30 represent a much smaller percentage of the population than in the US. A recent study by the Centre for the Future of Democracy at Cambridge University highlighted that across the globe, younger generations have steadily become more dissatisfied with democracy — not only in absolute terms, but also relative to older cohorts at comparable stages of life. And the fact that somebody has voted for Biden does not mean that he or she is immune to the charms of populist majoritarianism — particularly if it comes from the left.

It will still take some time to know officially who is the next American president, and it will most probably be the middle of January before we know who will control the Senate. But even in the most optimistic scenario, Europeans would be wrong to rely on the United Sates in the same way they did for many decades. Even if a Democrat is back in the White House, it doesn't mean that the pre-Trump world is back.

Europeans had good reason to fear that the destruction of the European Union could be on the agenda in the second Trump administration. Now this risk has apparently disappeared, and it will be wrong for Europeans to wait for Biden to tell us what he wants from Europe. It is time for Europe to go to Washington and present a vision of the future of the trans-Atlantic partnership, based on changed realities on the both sides of the Atlantic.

Ivan Krastev is chairman of the Centre for Liberal Strategies in Sofia, Bulgaria, and Permanent Fellow at the Institute for Human Sciences in Vienna (IWM).