for the Construction of a Mental Health Therapeutic Center

for the Construction of a Mental Health Therapeutic Center 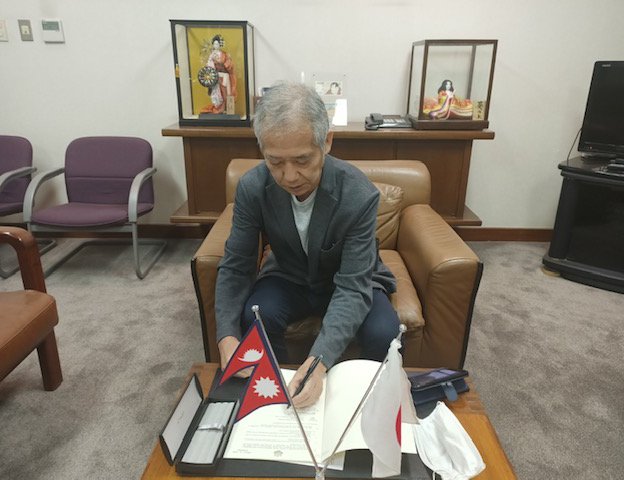 The project is funded under the Grant Assistance for Grassroots Human Security Projects (GGP) of the Japanese Government and involves a grant of USD 296,856 (approximately NPR 35.36 million).

The project aims to enhance therapeutic services for abandoned women with mental health and psychosocial disabilities by constructing a mental health therapeutic center to provide treatment in a safe environment.

KOSHISH is a non-governmental organization that has been working since 2008 to ensure persons with psychological disabilities are able to live independently with dignity, and are included in the community as equals. It has been running a transit home for women to support their recovery from mental illnesses.

The Embassy of Japan believes the project will enable women with mental health issues to live independently and with dignity after receiving improved therapeutic services. It also believes that the support will contribute towards further enhancing the friendship between the peoples of Japan and Nepal.