US Government Hands Over Rafts Boats To Nepal Army

US Government Hands Over Rafts Boats To Nepal Army 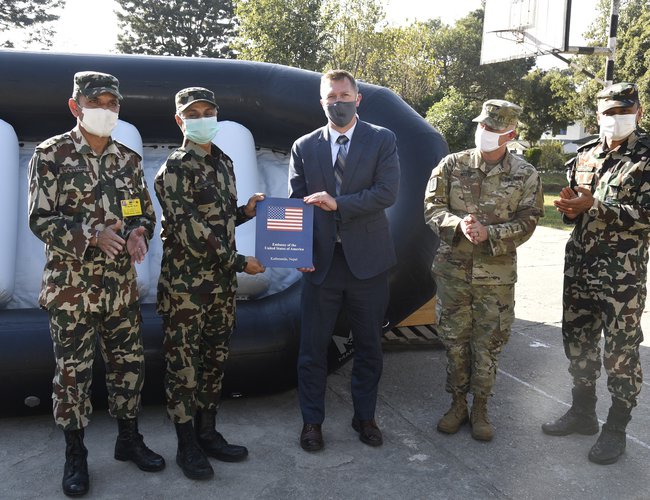 US Government handed over 6 raft boats and four Mitral Raft to Nepal Army amid a function at Gauchar airport. During a program, US Military attaché to Nepal LTC John Matt Sova and ODC Chief Major Michael P. White handed over the equipment to Colonel Rajendra Mani Giri of Nepal Army.

According to a press release issued by Directorate of Public Relations and Information, those equipments will be used to operate rescue and relief during flood and water induced disasters.

Discussion On Gurkhas By NEW SPOTLIGHT ONLINE 10 hours, 4 minutes ago

Nepal To Establish 500 BOP In Border With India And China By NEW SPOTLIGHT ONLINE 2 days, 15 hours ago