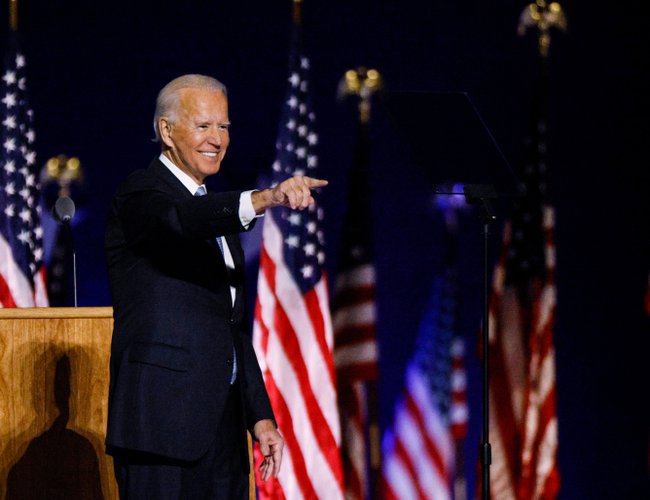 A small but growing number of Republicans are backing calls for President-elect Joe Biden to be given daily intelligence briefings.

Lindsey Graham, a key Trump ally, was among those saying Mr Biden should get the secret presidential memo, as is usual with incoming presidents.

But most Republicans in Congress are standing by Donald Trump in refusing to acknowledge Mr Biden's victory.

The result was called by US media last weekend but some counting continues.

Donald Trump has launched a slew of legal challenges claiming widespread electoral fraud, although his team has yet to provide any evidence.

On Thursday, the Democrats' House Speaker Nancy Pelosi said the "absurd circus" meant the coronavirus pandemic was being neglected, and she and other top Democrats urged Republicans to "accept reality".

It must be stressed that most have yet to acknowledge the Democrat's win.

Between 10 and 20 Republicans in Congress have now either congratulated Mr Biden or accepted there must be moves to a transition.

Democratic Senator Chris Coons told CNN some Republicans had been asking him to congratulate Mr Biden on their behalf because they did not feel able to do so publicly.

Senator Graham was among those saying Mr Biden should get the top secret daily document the president is given. Chuck Grassley, John Cornyn and John Thune agreed, although House Minority Leader Kevin McCarthy said Mr Biden was "not president right now" and should wait.

But giving Joe Biden access to the daily briefings is not the same as accepting Mr Trump has lost.

However, the Republican governor of Ohio, Mike DeWine, has referred to Mr Biden as president-elect.

Why are Republicans holding back?

The Democrat Senate Minority Leader Chuck Schumer said they were "deliberately casting doubt on our elections for no other reason but fear of Donald Trump".

Republican representatives and senators have much to bear in mind, including keeping the Trump base onside - in defeat he won more votes than any incumbent president .

Turning against Mr Trump could bring a costly backlash, particularly as two run-offs in January in Georgia will probably decide who controls the Senate.

They also need to keep a long-term eye on fundraising and the midterms.

Joe Biden is 5.2 million votes ahead of Donald Trump - about 3.4% - and has enough electoral votes needed in the state-by-state Electoral College to take the presidency - 270.