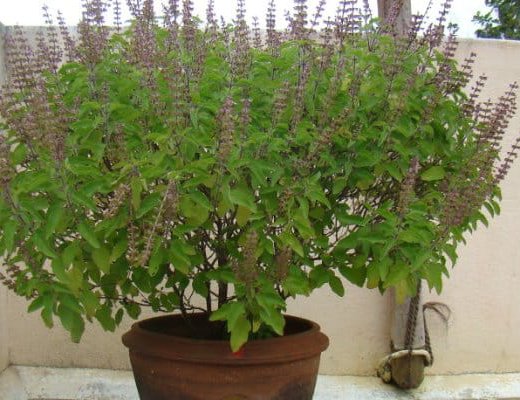 On Dev Uthani Ekadashi, devotees pray for a happy married life and perform rituals. Devotees also perform Tulsi Vivah on this day which involves a ceremonial union of Lord Vishnu and Tulsi plant.

The Ekadashi fasting holds great significance in the Hindu tradition. As per the Hindu lunar panchang, there are 24 Ekadashis in total in a year. However, this number increases to 26, in case the year has Malamaas.

One of the major Ekadashis in an year is Dev Uthani Ekadashi. Also known as Devutthana Ekadashi or Prabodhini Ekadashi, this day is celebrated on the 11th lunar day in the Shukla paksh or waxing lunar phase in the month of Karthik of the Hindu calendar.

On this festival, devotees pray for a happy married life and perform rituals. Devotees also perform Tulsi Vivah on this day which involves a ceremonial union of Lord Vishnu and Tulsi plant. The occasion is extremely significant as it is believed that the day marks the beginning of an ideal and auspicious period for Hindu marriages.

According to the Hindu religious beliefs, the Chaturmas period comes to an end with the Kartik Purnima Tithi. The Chaturmas comprises Shravana, Bhadrapada, Ashwina and Kartik months. Chaturmas period is considered inauspicious by Hindus to conduct marriages and housewarming ceremonies. Lord Vishnu is believed to remain in a state of yogic sleep in this particular phase. It is said that he takes rest on the coiled body of Adishesha.

Lord Vishnu is believed to wake up on this Ekadashi and therefore, this day is known as Devutthana or Prabodhini Ekadashi, i.e., the Ekadashi tithi of the awakening of God. By observing fast on this Ekadashi Tithi, a devotee seeks refuge in the heavenly abode of Lord Vishnu, after death. Devotees also endeavour to rid themselves of the burden of any sin, whatsoever ,committed by them during their life on earth.

It marks the end of the four-month period of Chaturmas, when god Vishnu is believed to sleep. It is believed that Vishnu sleeps on Shayani Ekadashi and wakes on Prabodhini Ekadashi, thus giving this day the name "Prabodhini Ekadashi". It is strongly believed that by observing this Ekadasi, all the sins committed in passed life are washed away and the observer of this 'Vrat' gets the path to liberation (Moksha).Utthana Ekadasi, which falls in the Kartik month, is considered highly auspicious by Lord Vishnu devotees. Staunch Vishnu devotees observe a rigid fast on the day by skipping food and staying awake during night. Majority of the people take one meal mostly in the evening and visit the temples and other shrines dedicated to Lord Vishnu.

Lord Brahma explained to Narad Muni, O Dear son, O Devarshi, I will explain to you the significance of the Utthana or Prabhodini Ekadashi, which bestows great merits, and ultimately the 'Moksha'.This Ekadashi, which occurs during the light fortnight of the month of Kartika, is much more purifying than a bath in the ocean or a sacred place.This divine Ekadasi is more powerful in nullifying sins than one thousand Ashvamedha sacrifices and one hundred Rajasuya sacrifices." Lord Brahma continued, If a person eats once at noon on Ekadasi, the sins of his previous birth are washed away, if he eats supper, the sins acquired during his previous two births are nullified and if he fasts completely, the sins accumulated during his pervious seven births are erased.The sins accumulated over a thousand previous births are nullified completely if the devotee remains awake throughout Ekadasi night besides the fasting vrat.Even if one forefathers were implicated in many sins and are suffering in hell, they still attain beautifully ornamented spiritual bodies and happily go to Vishnu’s abode .

One who does not chant the Gayatri mantra three times a day, who disregards fast days, who does not believe in God,who criticises the Vedic Scriptures,who thinks the Vedas bring only ruination to one who follows their injunctions, who is cruel and wicked,who is ungrateful, or who cheats others such a sinful person can never perform any religious activity effectively."

Brahma further added,"The bad charactered persons ruin their acquired merits and whoever associates with sinful people and visits their homes without a spiritual purpose will go directly to the abode of Lord Yamaraj, the superintendent of death.And if someone has his meal in such a home, his acquired merit is lost and also happiness, his fame,life-span, children's happiness.

He who listens to the divine narrations about Lord Vishnu, during the month of Kartika, earns the same merit as of donating hundred cows in charity. A person, who chants the glories of Lord Hari this day, achieves the merit earned by donating seven islands. One, who worships the Tulasi-devi in this period, achieves ultimate happiness in the higher world, since there are roots and subroots growing from a mature tulasi plant.

In Gujarat, more 800,000 pilgrims perform the 32-km Lili Parikrama, circumambulation of Mt. Girnar, over a two-day period. This performed as a gesture of thanksgiving to the gods, who are believed to have assembled on the mountain. In Pushkar, Rajasthan, the Pushkar Fair or Pushkar mela commences on this day and continues till the full moon day (Kartik Poornima). This fair is held in the honour of god Brahma, whose temple stands at Pushkar. A ritual bath during the five days of the fairin the Pushkar lake is considered to lead one to salvation. Sadhus gather here and stay from ekadashi to full moon day in caves. About 200,000 people and 25,000 camels assemble in Pushkar for the fair. Pushkar fair is Asia's largest camel fair.