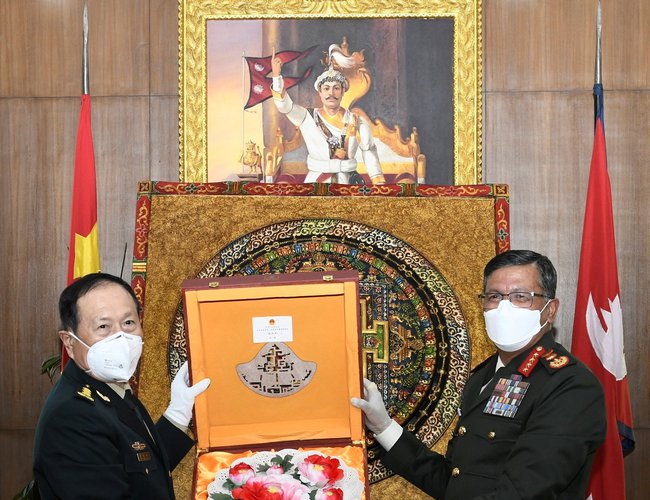 General Wei Fenghe, State Councilor and Defense Minister of the People's Republic of China, who is in Kathmandu on a one-day “Working Visit” to Nepal has participated in various programs organized at the Army Headquarters this afternoon.

Upon his arrival, General Weiwas presented with a Guard of Honour at the Army Headquarters. General Wei then paid an office call on to General Purna Chandra Thapa, Chief of the Army Staff, Nepali Army at the latter’s office.

On that occasion, the distinguished visitor, General Wei and General Thapa held a cordial discussion on various issues of bilateral interest.A representative from the Ministry of Foreign Affairs was also present during the discussion. 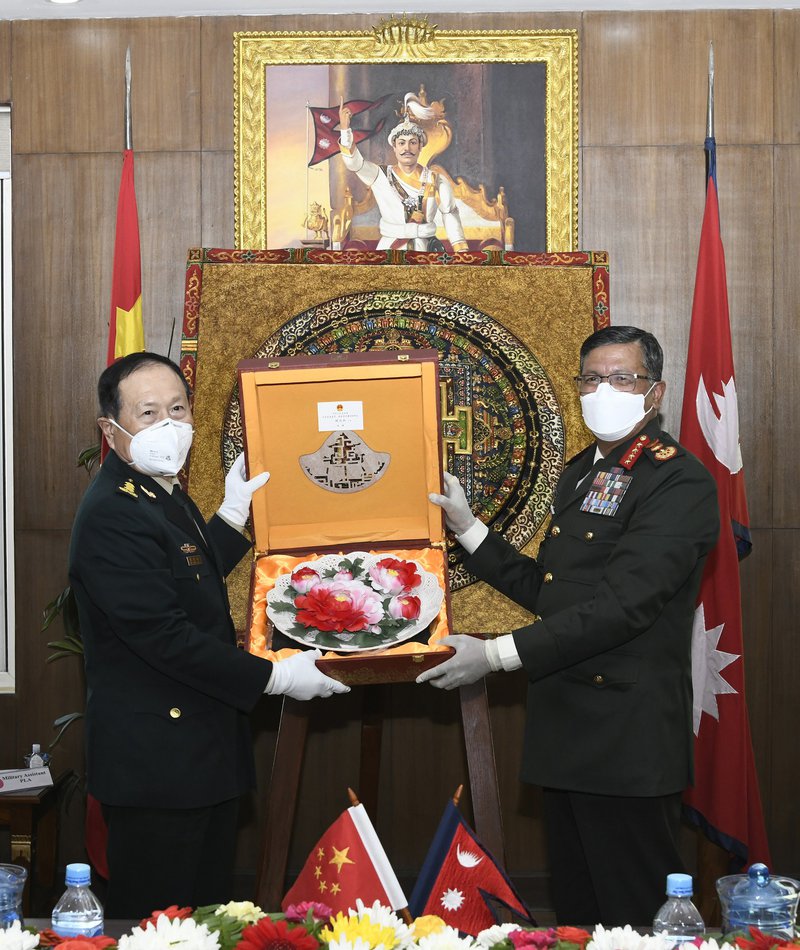 After the office call, General Wei Fenghe and his delegation were given a short presentation on the history and roles of the Nepali Army. Bilateral discussions were then held at the delegation level mainly on issues pertaining to resumption of training and student exchange program and follow up on defense assistance that have been impacted due to the Covid-19 pandemic.

According to a press release issued by Public Relations and Information Directorate of Nepal Army, General Wei and the delegation viewed both the proposals positively and affirmed that the bilateral cooperation should resume as soon as possible, including exchange of high level visits. General Wei also pledged to provide additional assistance to the Nepali Army in fighting the Covid-19 pandemic.

“The Nepali Army is confident that this visit will help in further strengthening and expanding the cordial military to military relations between the two countries,” said press release.

Home Minister Ram Bahadur Thapa Badal welcomed Wei Fenghe, State Councilor and Defense Minister of the People’s Republic of China, upon his arrival today. He was here to pay a one-day working visit. 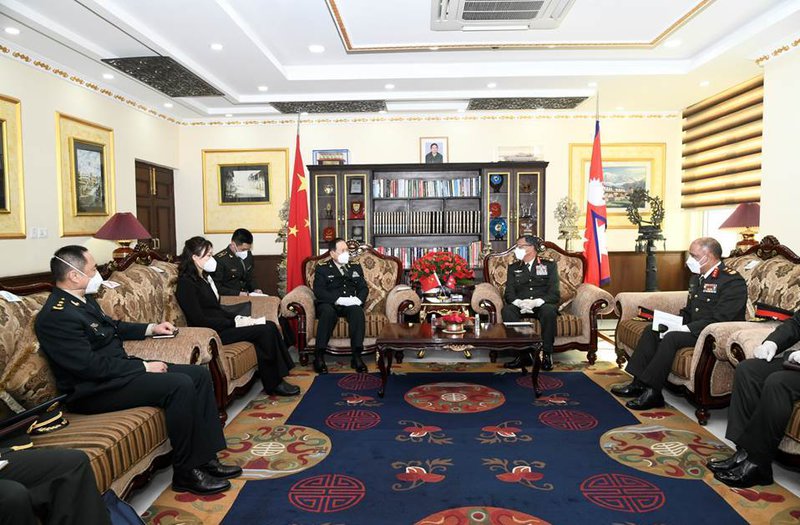 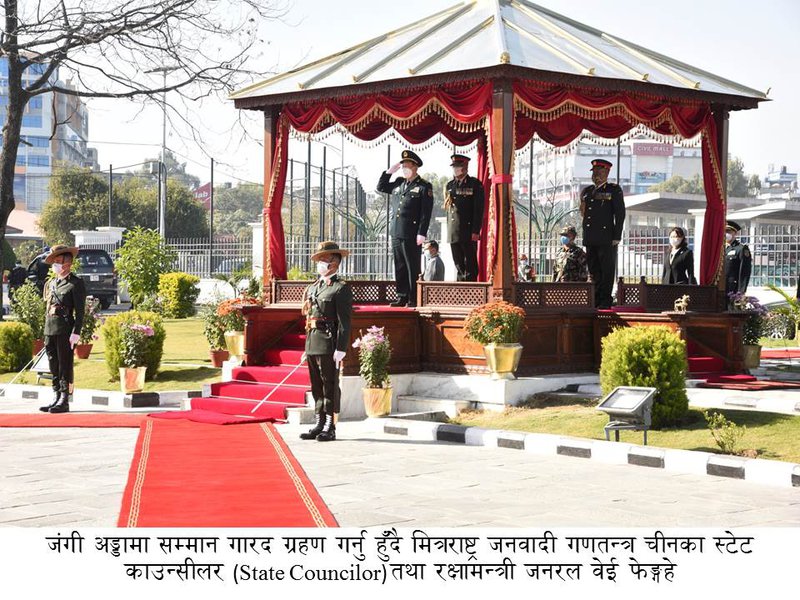 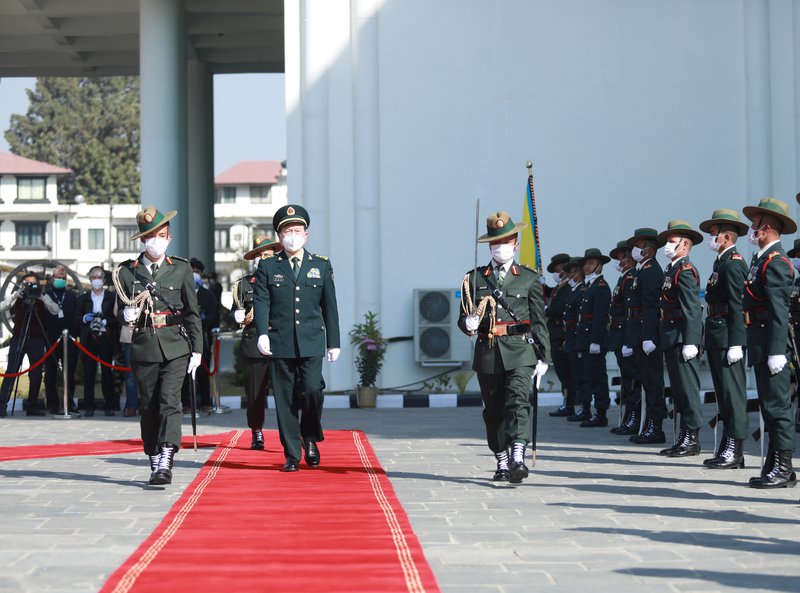 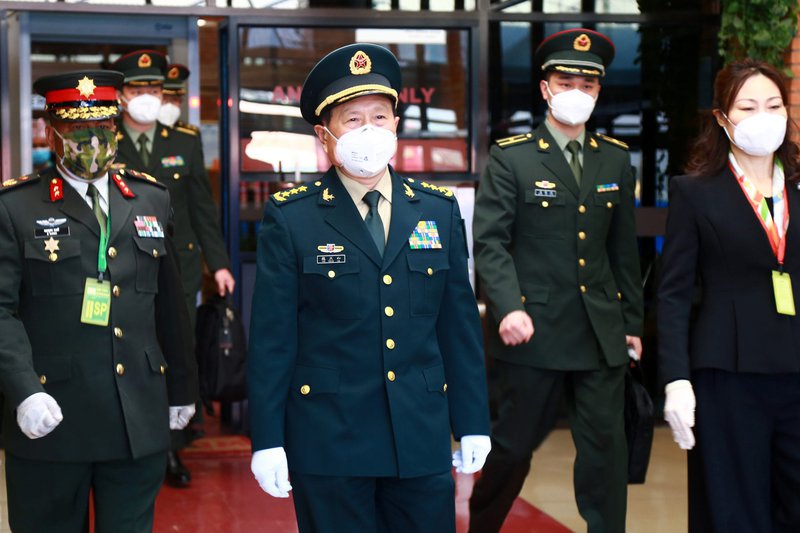 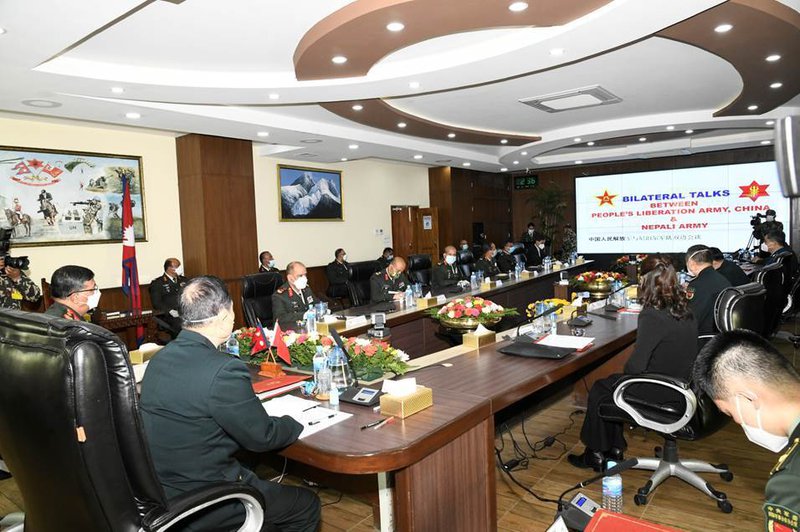 OTHER COMMISSIONS: In The haze By Keshab Poudel 1 day ago