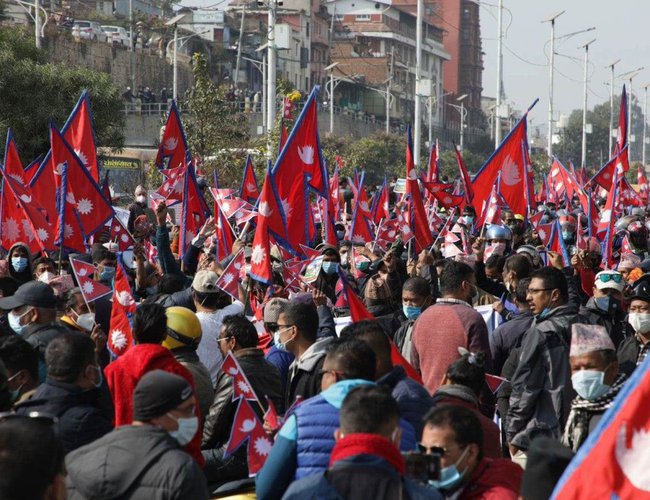 With demand for restoration of the monarchy and religious state, Rashtriya Nagarik Andolan (National Civil Movement) organized a big public rally in the capital Kathmandu. Started from Maitighar Mandela, the rally ended with a mass meeting in New Baneshwor.

The demonstrators carried play cards with various slogans including the restoration of the monarchy and Hindu state. The agitators also carried the big portrait of Prithvi Narayan Shah and the National Flag.

They also carried play cards demanding to search alternative to federalism and Civil Government is the alternative of the present one.

Similarly, Rashtriya Prajatantra Party (RPP) also organized a rally in Jhapa, the hometown of prime minister K.P. Sharma Oli demanding the restoration of monarchy and removal of the federal structure in Nepal. 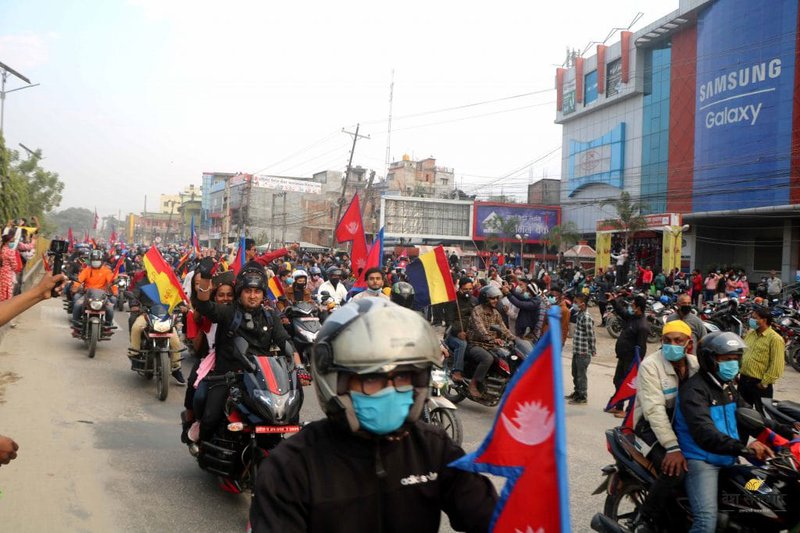 Addressing the rally RPP leader and member of House of Representatives Rajendra Lingden said that this is the beginning and they will hold more rallies in future. 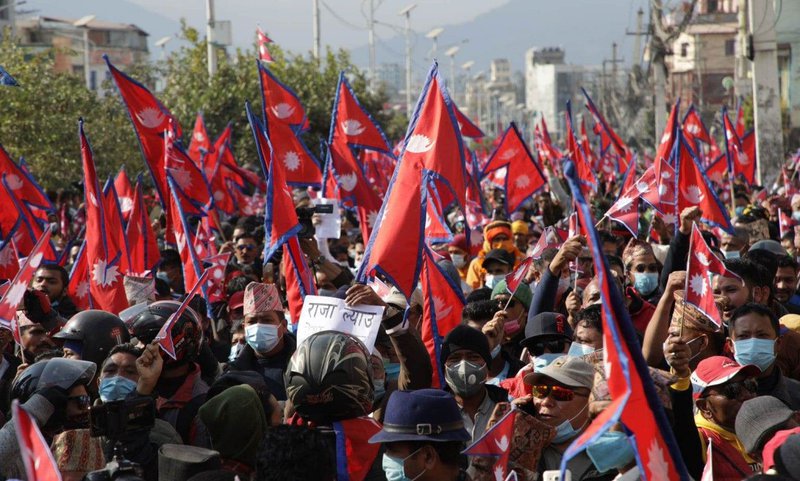 Over 93 Percent Results Of Local Poll Announced, Balen and Chiribabu Leading In Kathmandu And Lalitpur Respectively By Agencies 1 day, 6 hours ago