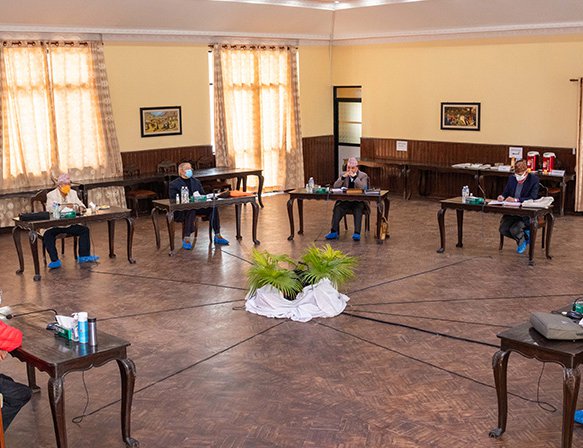 Both the proposals would be submitted to the party's SC meeting to be held at 1:00 pm on December 6 as decided by today's secretariat meeting held in the Prime Minister's official residence in Baluwatar reports RSS.

According to RSS, NCP spokesperson Narayankaji Shrestha said that discussions would be held in the SC meeting to resolve the intraparty disputes.